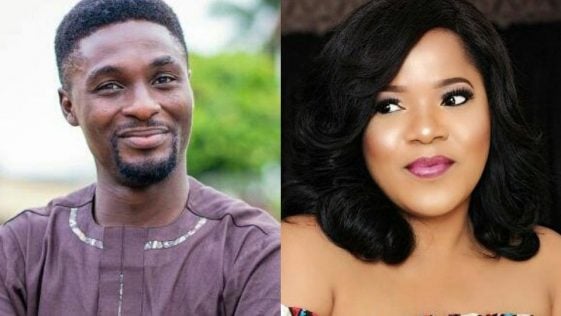 Nollywood actress, Toyin Abraham has hinted at regretting that she allowed her ex-husband Adeniyi Johnson to go. The actress made this known via a social media  post she made recently.

According to the post, Toyin Abraham advised ladies out there to learn to out their pride aside because good guys are becoming scarce today. 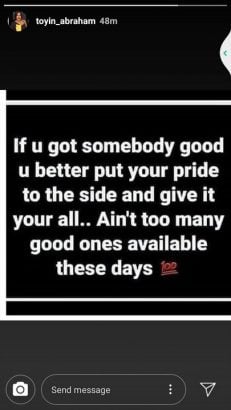 Toyin Abraham and Adeniyi Johnson are currently having their divroce proceedings in court after their marriage hit the rocks. While Toyin still remains single, Adeniyi Johnson has moved on and is now married to actress Seyi Edun.

Last December, he took to social media to call out Toyin Abraham with claims that she is stalling the divorce proceedings. According to him, she is failing to show up in court to sign the papers.