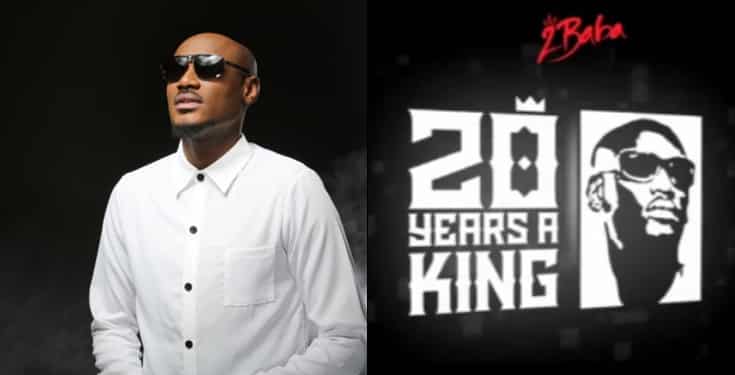 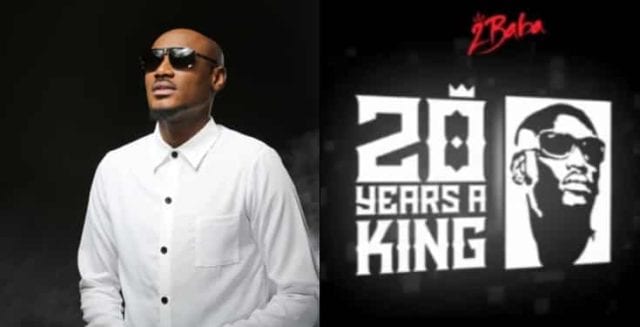 Popular Nigerian singer, 2Baba, this week celebrated 20 years in the music industry, and he has revealed what he learned over the years.

In a chat with Showtime, revealed that he learned not to judge himself by what others her doing.

‘So many people have been part of my journey, there have been so many ups and downs. I’ve said so many things I shouldn’t have said.

‘ I’ve made some foolish decisions, but then I’ve done a lot of great things that I’m grateful to God for.

‘ I’m grateful to God and all my fans for still being here; I’m grateful for all my critics and for all those that have supported me all these twenty years. It’s been lonely at the top, but it’s no more lonely because many young bloods are now taking music even beyond where I took it to and that’s my joy.

‘But you know as they say ‘Old soldier never dies’, so I’m still much relevant and at the top”, he said with excitement. Speaking further, 2Baba who is set to continue the 20-year anniversary celebration with a series of activities revealed what his two decades of musical reign has taught him.

‘Twenty years in the music industry has taught me that whatever you do you must keep your head straight and do your thing. You don’t have to judge yourself by what others are doing. Everyone steers the boat of his/her life, the moment you begin to judge yourself by other people’s actions then you’re heading for a crash.”

Yahoo-Yahoo is not a crime – Naira Marley