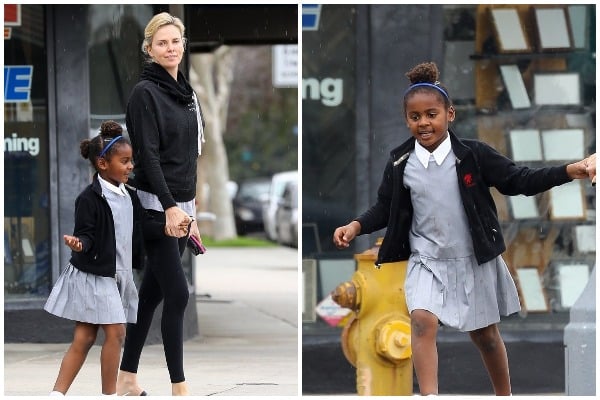 Hollywood actress, Charlize Theron has broken the silence in reaction to reports that she is raising her son to dress and act like a girl.

The South Africa born actress has been spotted several times with her son rocking braids and wearing a girl’s dress. 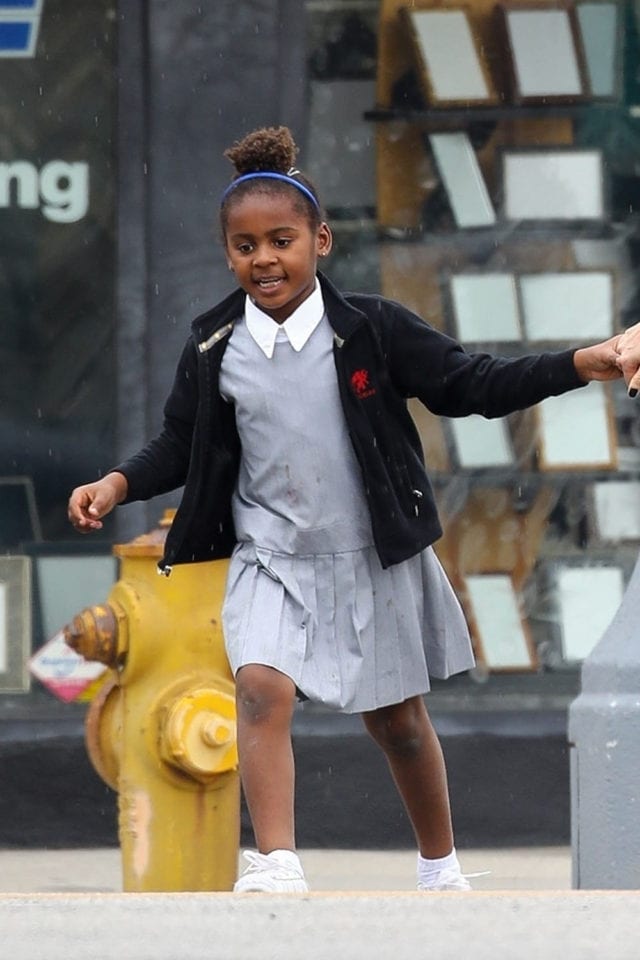 Sherman Oaks, CA – Charlize Theron enjoys a Menchie’s frozen yogurt with son Jackson Theron. They dance in the rain as they cross the street on the way back to their car after enjoying a cool treat together.

In an interview with dailymail, Charlize Theron stated that her decision to raise the kid that way is simply because that’s what the kid wants – to be a girl.

Yes, I thought she was a boy, too,’ Charlize agrees, briskly. ‘Until she looked at me when she was three years old and said: ‘I am not a boy!

So there you go! I have two beautiful daughters who, just like any parent, I want to protect and I want to see thrive. They were born who they are and exactly where in the world both of them get to find themselves as they grow up, and who they want to be, is not for me to decide.

My job as a parent is to celebrate them and to love them and to make sure that they have everything they need in order to be what they want to be. And I will do everything in my power for my kids to have that right and to be protected within that.’