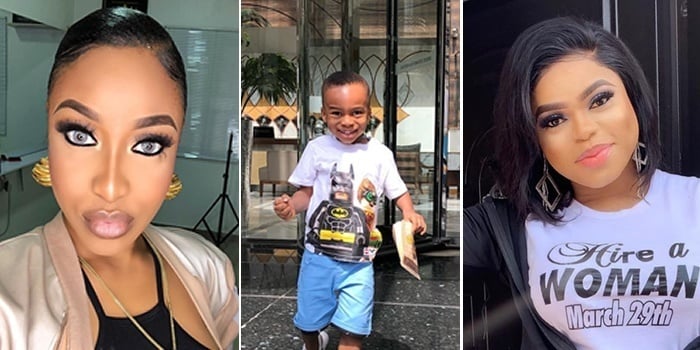 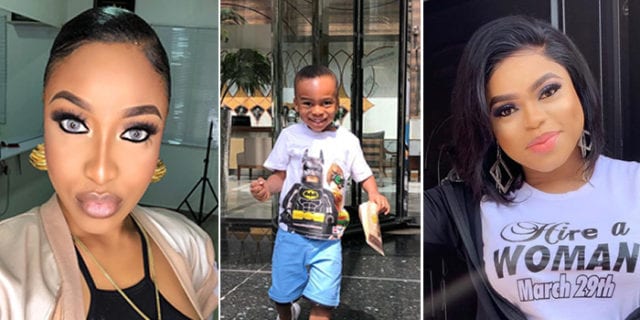 The friendship between talented actress Tonto Dikeh and Bobrisky has been one that has gotten a lot of people talking in the online community.

A social media user has taken to the Instagram page of a popular Nollywood actress to share his disapproval as it regards her friendship with a cross-dresser.

Many have wondered why the actress continues to lead on and heavily throw her support behind the cross-dresser in his effeminate ways.

An internet user who could no longer hide resentment for the duo has now taken to Dikeh’s comment section to share his wishes for her especially as it concerns her son. 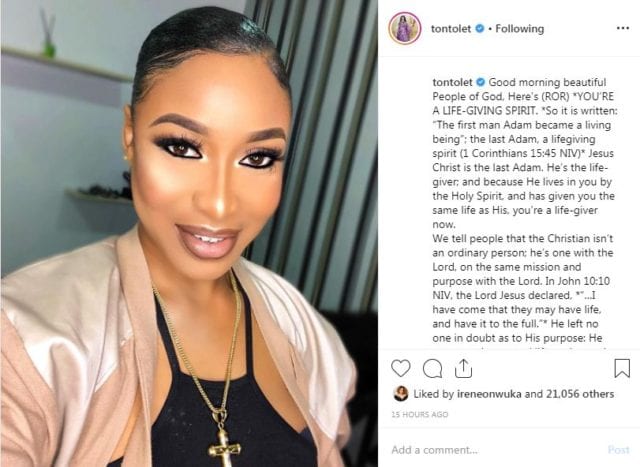 The actress had shared a photo which was accompanied by a long gospel message on her page which was directed at Christian folks.

Commenting on the post, the IG user identified as @kendix33 posted an unusual prayer which reads that Tonto’s son was going to turn out as the future Bobrisky. He also dared her to say amen to the prayer if she was truly being sincere about her friendship with the cross-dresser.

See a screenshot below; 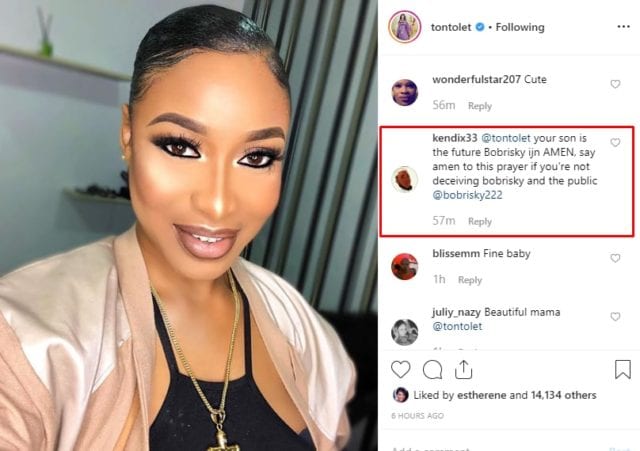 As at the time of compiling this report, the actress is yet to respond to the troll.

Related Topics:BobriskyTonto Dikeh
Up Next

#DoubleWahalaReloaded: Watch shocking moment Lolu reveals he was never in love with Anto