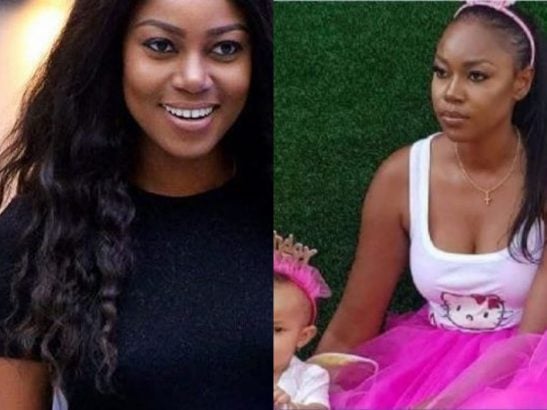 Ghanaian actress, Yvonne Nelson has promised never to date another Nigerian man after the relationship with Nigerian singer Iyanya failed.

The actress who finally opened up that she has broken up with her baby daddy, Jamie Roberts, made this known on a cooking show hosted by Yvonne Okoro, Dinning with cooks and braggarts.

Speaking, Yvonne Nelson stated that a post which she shared on social media stating that she needs a man was not responded to because people thought she was joking.

“You mean my post? No! No! No one reached out to me…maybe they don’t believe me. It is what it is. I am looking for one. In fact get me one in Ghana,” Yvonne Nelson said.

She went on to state that she is done with Nigerian men.

“As for Nigerian men I am done,” Yvonne Nelson added.