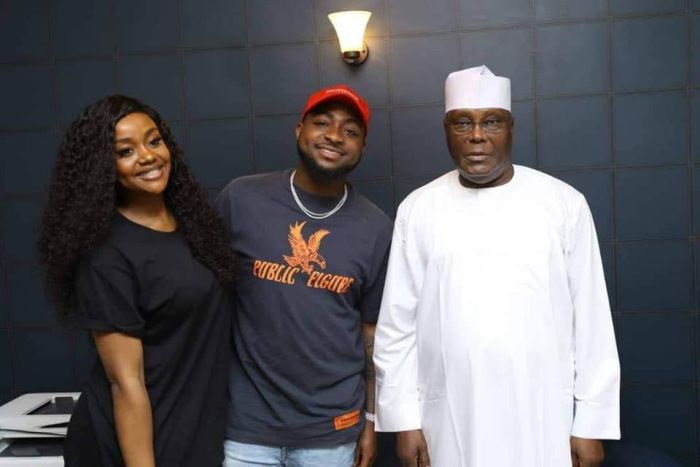 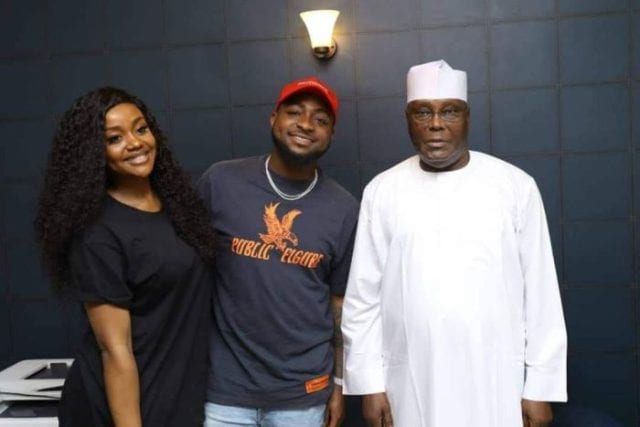 PDP’s presidential candidate, Atiku Abubakar hosted Davido and his girlfriend, Chioma.. and they all posed for a photograph together.

Davido campaigned for his uncle, Senator Adeleke during the Osun state governorship election, which saw Gboyega Oyetola the winner.

Meanwhile, Davido has reacted to reports that his romantic relationship with Chioma has hit the rocks.

The report making the rounds on Social media had it that Davido and his lover broke up over infidelity on the part of the singer.

However, Davido took to his Twitter blasting media houses for the news, promising to take those spreading the report to court.

The singer while denying a tweet from a media outlet which reads, ‘Assurance expired? Davido relationship with Chioma hits the rocks over infidelity,’ said “God punish you, see you in court.”

Recall that the singer dedicated a song ‘Assurance’ and bought Chioma a Porsche to celebrate her birthday.