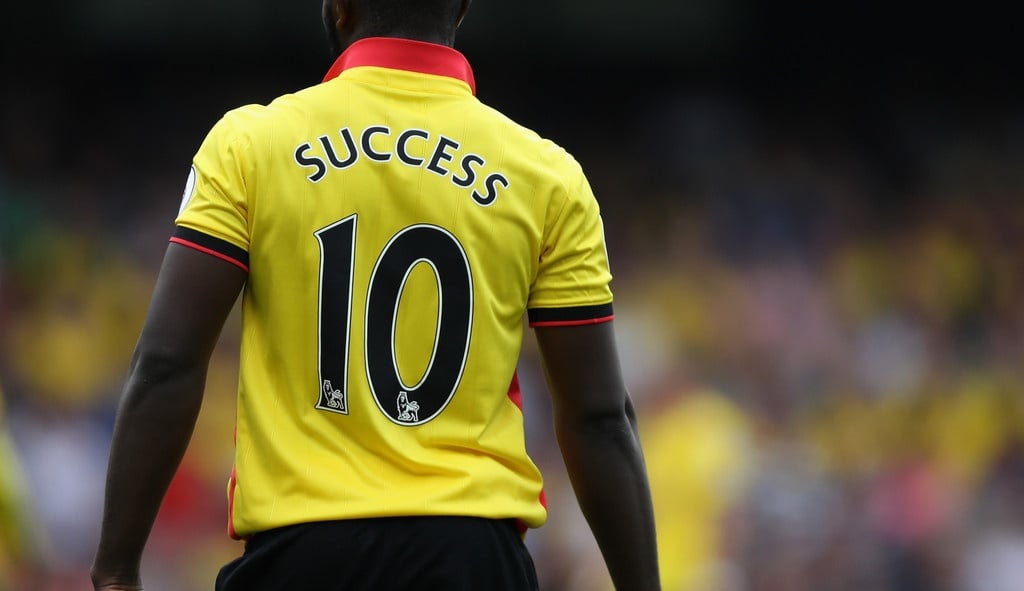 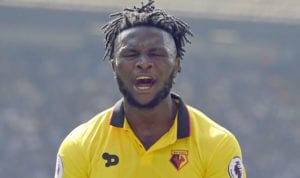 Premiere League and Watford FC player, Isaac Success, 21, paid four hookers £2,000 for a hotel romp — but failed to score with any of them after drinking two bottles of Baileys. . . Success, who earns £30,000 a week, was arrested after angrily demanding his money back.

Success, who earns £30,000 a week, was arrested after angrily demanding his money back. One of the hookers, Alexis Domerge, said Success boasted of his prowess in the bedroom.

But he drank two bottle of Baileys — and then repeatedly failed to score with the hookers. He was arrested in the hotel lobby after cops were called. Alexis, 24, said: “He had paid four of us £500 and we all got unclad as soon as the money came through on our phone bank accounts.

Fellow escort Michaela Carter, 30, said: “4 of us massaged him for a full hour and a half — as long as a football match. He had been boasting to us all night about how much he earned and how much fun we were going to have.

He seemed really keen on Baileys — swigging the stuff out of the bottle. It made me cringe because it’s so sickly sweet. He seemed a bit shy and awkward, probably because he’s only 21.

All five of us were squirming around on the bed but after a while we realised the Baileys had taken its toll. Eventually, I told him I couldn’t stay any longer and we couldn’t give him extra time.

That’s when things started to get nasty. He accused us of ripping him off and asked for his money to be returned. It was terrifying. There was a lot of screaming which must have woken the entire hotel. At that point the police were called.

I ended up with a slight cut on my face and a bruise on my arm during the chaos. I don’t know how it happened. During the row I also stumbled backwards and broke the heels of my £600 Louboutin shoes. It meant I was already £100 down.”

A Hertfordshire Police spokesman said: “Police are investigating an allegation of assault.”