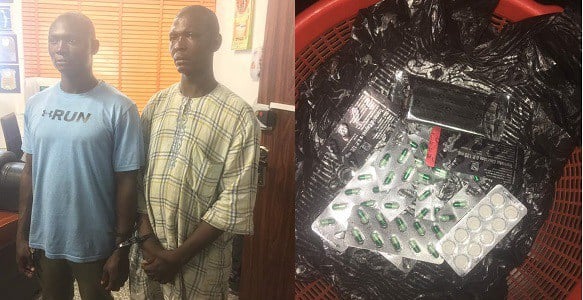 The operatives of the Rapid Response Squad have nabbed both Father and Son involved in selling tramadol and other hard drugs to primary school students in Itire, Lagos.

The father, Ibrahim Sheu (40) and Franku Ibrahim (23) met their doom after officials of the office of Education inforrmed the operatives about the incident.

The suspects, who are petty traders at a kiosk in Adedeji Bus stop, Itire, Lagos were caught selling the drugs to school pupils. Some of the pupils were later interrogated and released to their parents.