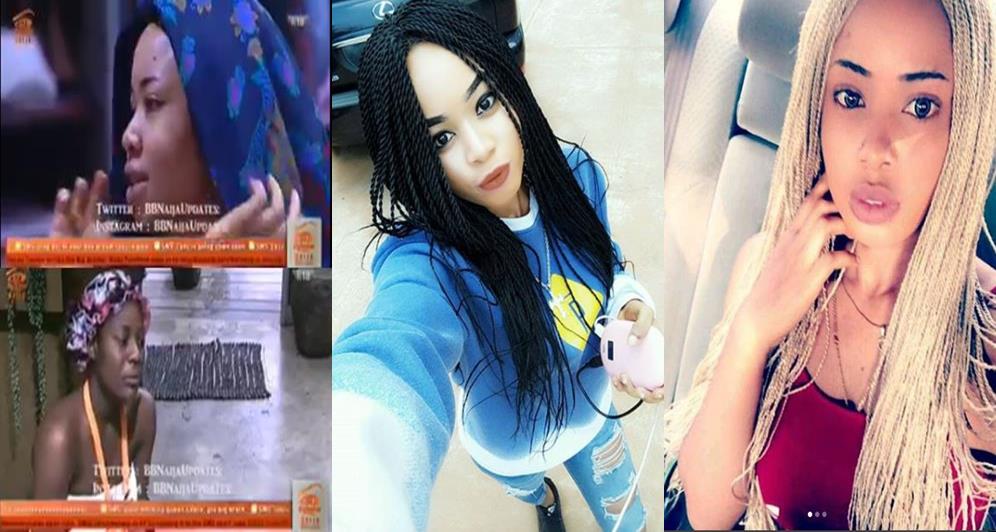 Big Brother Naija housemate, Nina, has lamented the question put to her by Ebuka on last Sunday during the live eviction show in the ongoing reality television show.

Nina said her relationship with Miracle was now in serious confusion as a result of the said question, and now fears that she may lose both Collins and Miracle, her two boyfriends, with the way she responded to Ebuka.

Recall that Ebuka had on Sunday asked her how strong her relationship with Miracle was and if it would continue outside the show. He insisted to know if she could call Miracle her boyfriend.

While responding, Nina refused to call Miracle her boyfriend, but rather said he was “My best friend. My everything.”

On Tuesday, Nina revealed to fellow housemate, Alex that Miracle has been angry with her because of her response to Ebuka, adding that, “I could not call Miracle my boyfriend because I did not want to disrespect Collins. But now I feel bad.

She said futher that:-

“I would have told Ebuka Miracle was my boyfriend and that I love him. I wish Ebuka would ask me same question next Sunday so that I’ll correct myself.”

Alex, however, advised Nina to keep her relationship to herself and stop giving people what to talk about. “When you are asked about your relationship with Miracle, reply from your heart. Tell them what you want to tell them.”

Alex told her she should not be fast in responding to such questions because she doesn’t know what may happen outside the show.

“It may be that you have no relationship again outside. And you never can tell if you and Miracle would continue.”

Sowore To Buhari’s Minister: Nigerian Youths Will Send You Packing In 2019

Riverdale stars Cole Sprouse and KJ Apa are quarantining together during the COVID-19 pandemic. While fans expected lovebirds Cole Sprouse...