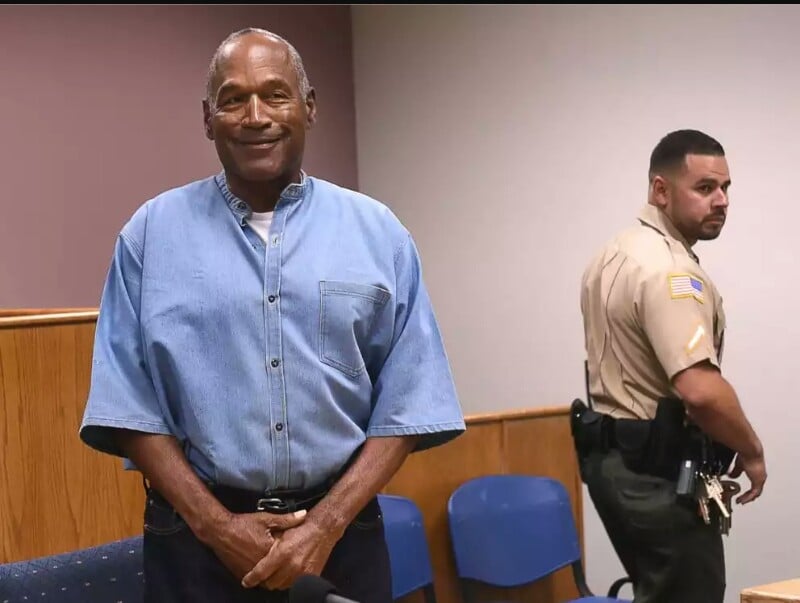 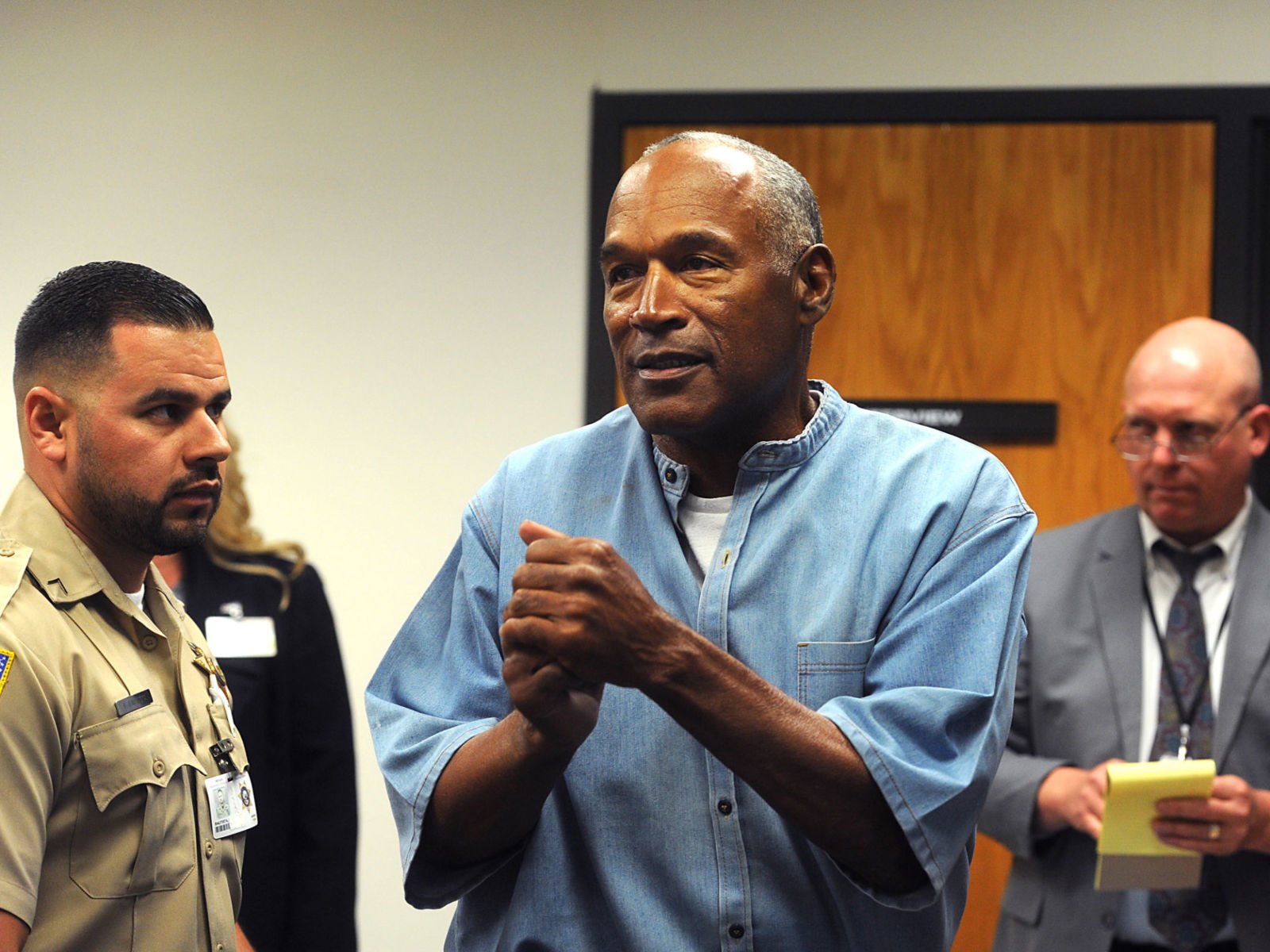 OJ Simpson has been released from a Las Vegas jail on parole after serving nine years for armed robbery.

The former American football star was sentenced to a maximum 33 years in jail for a botched raid of sports memorabilia from a hotel room.

He said the items were images of his family and friends and were later handed over to him by officials after it was decided they legally belonged to him.

Simpson, 70, was famously cleared in 1995 of murdering his ex-wife Nicole Brown Simpson and her friend Ron Goldman in a case that drew worldwide attention and became known as the “Trial of the Century”.

A civil court jury subsequently found him liable for the deaths and ordered him to pay $33.5m (£26m) in damages to the victims’ families, a judgment that remains largely unpaid.

The Hollywood actor was sent to prison in 2008 for his role in an armed robbery the previous year.

He won his freedom after a Nevada parole board hearing this July.

The Nevada Department of Corrections released a video and image on Facebook showing Simpson signing documents and leaving Lovelock Correctional Centre on Sunday.

It is not clear where Simpson, nicknamed Juice during his playing days, will go but he told parole board members he hopes to move to Florida where he has friends and family.

In July, four parole commissioners in Carson City heard testimony from Simpson himself, his daughter Arnelle and one of the sports memorabilia dealers he was convicted of robbing.

“I’ve done my time, I’ve done it as well and respectfully as anyone can,” Simpson told them. “None of this would have happened if I’d had better judgement.”

Ms Simpson said her father was “remorseful” and she wants him to “come home”.

“The choices that he made nine years ago that resulted in the sentencing, were clearly inappropriate and wrong, and counterproductive to what he was trying to achieve,” she said.

“As his daughter, I can honestly say, my dad recognises that he took the wrong approach, and could not handle the situation. He could have handled the situation differently.”

Bruce Fromong, the robbery victim, said Simpson was a good man who had made a mistake and should now be given a second chance.

“If he called me tomorrow and said ‘Bruce I’m getting out, will you pick me up?’ Juice, I’ll be here tomorrow for you. I mean that buddy,” he said.

The parole board said Simpson had complied with prison rules during his time in jail, had no previous criminal convictions and posed a minimal risk to the public. 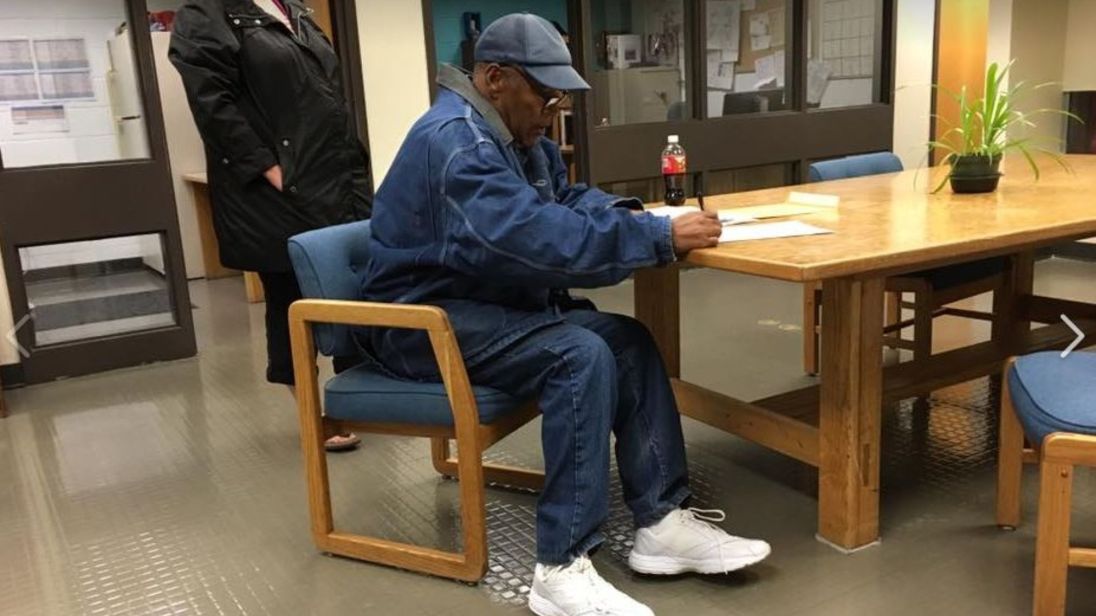 Nevada state prisons spokeswoman Brooke Keast said the timing of Simpson’s release in the middle of the night was to avoid media attention.

She said a driver met Simpson at the prison but she did not know who it was and had no information on where he was heading.

Simpson rose to fame in the National Football League (NFL) after record-breaking performances for the Buffalo Bills team.

He retired in 1979 and went on to star in TV shows and films, including the 1988 Box Office hit The Naked Gun.