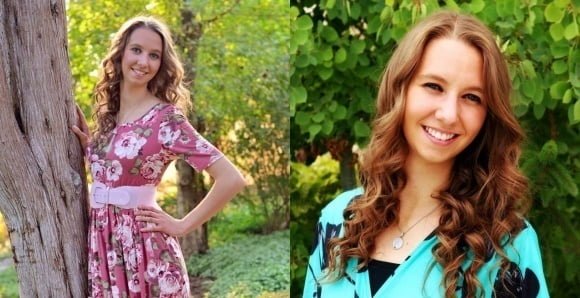 Claire Dalton’s ex kept the habit secret from her throughout their four-year friendship and relationship and she was so shocked she called off the marriage – despite having spent six months planning it.

The 21-year-old is very religious and said she has been dreaming of a relationship which was “true and pure” and “governed by God’s law” since she was young girl, in a blog post written for Love What Matters.

She thought she’d found that with her unnamed fiancé, who she split from a year ago, but now believes it was “all a lie from the beginning”.

Just a week before the wedding American Claire, who’s a member of the Church of Jesus Christ of Latter Day Saints (Mormons), and her fiancé were running errands for their big day and she checked his phone to see if a shop was still open.

But when she saw his search bar, she realised he had “been searching for pornography possibly just hours ago”, and immediately “felt sick to (her) stomach”.

At first, her husband-to-be lied and said his brother had borrowed his phone, before later admitting: “It’s me… I have a problem.”

She added: “At first, I thought it was some sick joke. It never occurred to me that pornography addiction would ever leak into my life or affect me in such a deep and excruciating way.”

After hearing him admit the truth, Claire decided to call off the wedding – and had to call every one of her 300 guests to break the news.

“All at once, I was with a stranger instead of the person I thought I knew so well. In an instant I could never trust those lying eyes ever again.

“All I ever wanted in a relationship was honesty, and it quickly occurred to me the only honesty I’d known at that point was fake.”