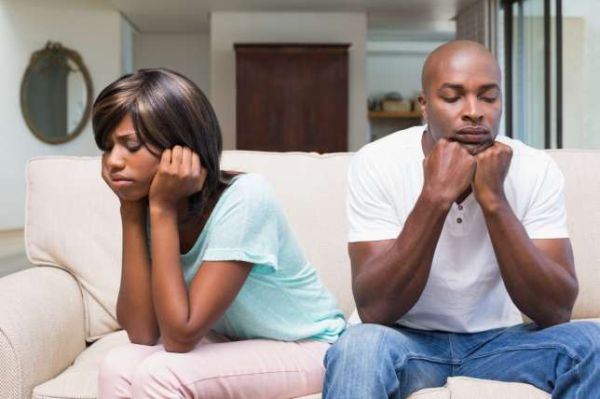 If you’re thinking of asking your girlfriend to become your wife, deciding if you’re ready to make the commitment to marriage is only half the battle.

You have to be absolutely sure that the woman in your life is someone you’ll be happy spending time with day in and day out. Love alone is not enough to make a marriage work, and certain characteristics are warning signs for a troubled marriage down the road. Here are some of the most obvious signs that your girlfriend is not marriage material.

1. She cuts you off from loved ones

A girlfriend who always becomes sick when it’s time to spend quality time with your family and even forbids you from hanging out with your friends will only act worse after you say your vows.

2. She bails on you when times get tough

Life isn’t always a bowl of cherries, but that doesn’t mean that the woman in your life should just disappear when the times get tough. If your girlfriend is not supportive of you emotionally through difficult times and only stands by you when things are going good, she’s not the one you should be walking down the aisle with.

A woman who breeds chaos, misunderstanding and insanity might not be the best person to swear your undying loyalty to. If she displays severe psychological problems now, imagine what kind of influence her crazy and irrational behaviors will have on your future. Marrying a woman like this will most likely ruin your life and your perception of women forever.

If your girlfriend can’t go anywhere or do anything without you, calls you twenty times a day and destroys any chance of you missing her because because the two of you are never apart, she’s going to make a bad wife.

5. She has nothing going on for herself

You should want to marry a woman who has goals and brings something better to your life, not one who is up to her neck in debt, has no income, displays unpredictable behaviors and has tried numerous, short-lived career paths yet never knows what she wants in life. This type of fickle lifestyle could derail your own life plan as well.

If your girlfriend controls all of your conversations, constantly forces you into agreeing with her and acts as an overbearing, emotional bully, it’ll only get worse after you say “I do.”

7. She’s already cheated on you

Do you honestly believe that a woman is marriage material if she has been unfaithful to you while you were dating? Yes, a person can always change and learn from their mistakes; however, a cheating girlfriend will more than likely continue to be unfaithful after marriage.

8. Her libido doesn’t match yours

Another sign that she’ll make a bad wife is if her libido differs wildly from yours. The way you relate to each other in the bedroom has a big influence on whether the two of you will stay together after wedding vows are exchanged, so it’s best to work this out before you walk down the aisle.

Although a little bit of jealousy is essential for a healthy relationship, extreme jealousy arises in a relationship because of high levels of insecurity. If your girlfriend is jealous of every girl who comes near you, refuses to accept that you have female friends and feels threatened when you discuss your previous relationships, putting a ring on her finger is not going to make her more secure.

If she always seems to have the upper hand in arguments, refuses to admit her faults or even treat you as an equal, she’s not the marrying kind.

CLICK HERE TO JOIN OUR EVER ACTIVE WHATSAPP GROUP
Related Topics:Relationship talks
Up Next

Question Of The Day: What Is That Bad Habit You Can’t Do Without?

After Paying Her School Fees & Bills From 100 To 500 Level, Now She Said ‘I Can’t Marry An Illiterate’ – Man Cries Out