Two sisters who are Identical twins in Australia have revealed how they both want to marry their shared boyfriend – but the law bans them from doing so.

Anna and Lucy DeCinque, 33, from Perth, Australia have been dating mechanic Ben Byrne since 2012, but now want to make things official with a wedding.

However polygamy is banned under the Australian Marriage Act 1961.

The women turned to Australian TV show Hughesy, We Have a Problem, in the hope of finding a solution, and shared a preview clip of their appearance on their Instagram account.

The siblings, who were dubbed the ‘world’s most identical twins’, have splashed out nearly $250,000 (£138,917) on cosmetic surgery to make themselves look more alike. 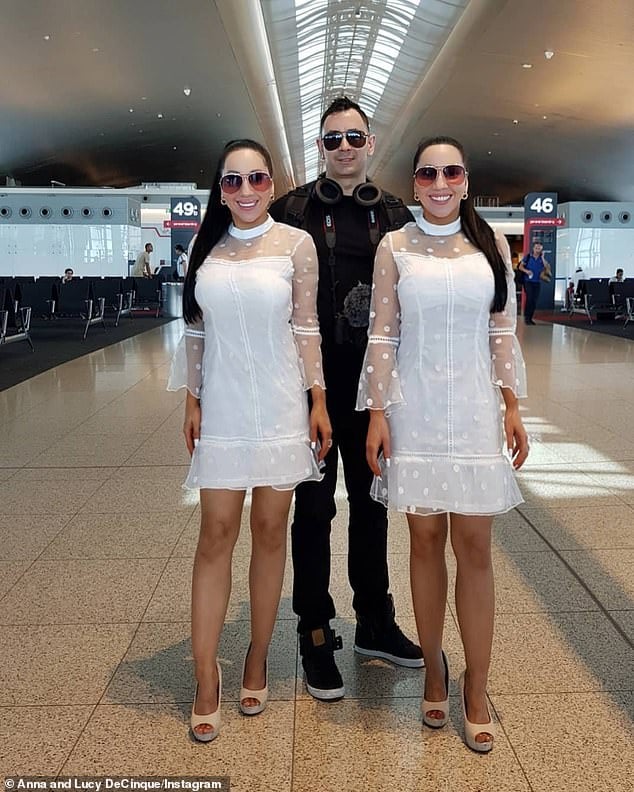 They have since reversed the effects of their long history of procedures because they felt ’embarrassed’ with their ‘plastic’ look.

But now faced a new problem which they explained to host Dave Hughes, who attempts to solve problems of viewers, guests and panellists.

‘Okay, so we share a partner Ben and we would like marry him one day but the law in Australia says we can’t, so what do we do?” they ask in a preview clip shared on Instagram. 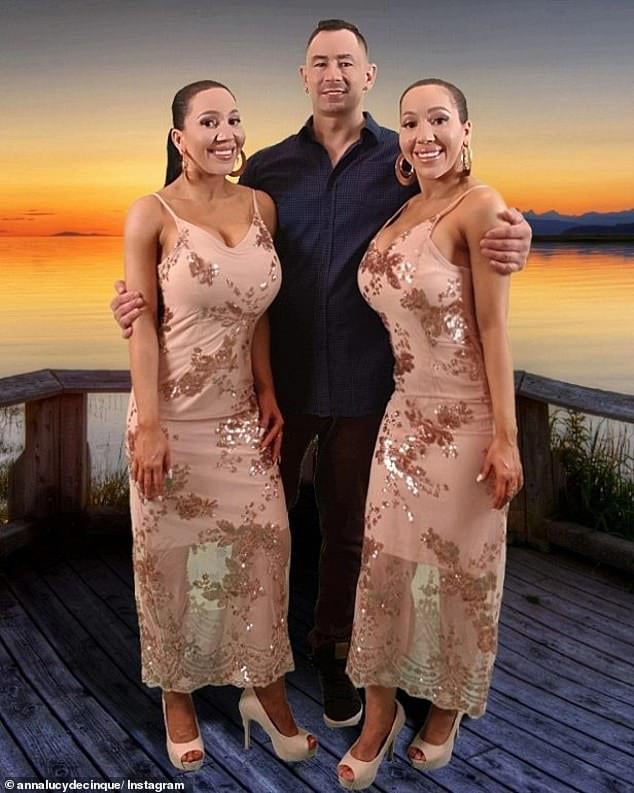 The twins uploaded the sneak peek of the appearance with the caption:

‘We share a unique problem. WE WANT TO MARRY THE SAME MAN.’

Hughes and two other fellow guests struggled to wrap their heads around the sisters’ plight laughing and cracking jokes about their unusual issue.

It’s unknown when the full episode will air but they wrote it will be airing in the new year.

See The Emirates Plane That Is Covered In Diamonds (Photos)