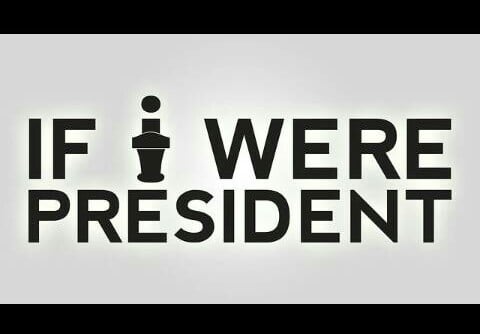 Read this mind tackling poem by Dan-Ralph Ojedor. The humour, punchlines,dictions and even climax will keep you scrolling to the end. Enjoy!

IF I WERE PRESIDENT

The ballot boxes are pregnant,
Everyone is nonchalantly expectant,
Political posters are still kissing the walls- just stagnant
like plasters on injured hearts; quite malignant.

Candidates are anticipating in aggrandisement
and how they would cause destruction and watch from safe distance in enjoyment.

But, I am a candidate too,
So if I was the president,
I would listen to the cry of the Carmel;
These Carmels want to be kept in zoos too; they are jealous.
Therefore, I would make transportation cheaper and easier,
Let the Carmels rest though they’re zealous.

I know swimming is healthy
but I would remove the swimming pools from our roads-
Most road users prefer being stealthy.

Bulbs are no similes to kegs,
So I would stable electricity to occupy them,
I’m sure that’s a turnaround for negs.

If I was the president,
I wouldn’t love ex-gun men
sailing in our ship of democracy,
Why not pick up your bags and run to school?
I am making it free- Don’t you see?

Street carnivals seem to me now as a daily activity,
Beggers walk on the streets like they have end gratuity,
But if I was the president,
I would melt the candle of unemployment
and beggers on the streets.

Tip – tip – tip… sings the medical drip,
Flowing slow but steady down like a vacation trip
into her veins,
And they ask: “Will she die?”

Peace!
No she won’t, I am giving you free Medicare.

Now, if I was the president of this country,
There wouldn’t be just one Dangote;
Every family should own one,
I guess on that, there’s no curtail.

If I was the president of this country,
There wouldn’t be:
“Hey! S’ogbo Yoruba?” or “Indi igbo k’wenu!”,
or even “aboki sa nu?”
It will be:
“Chike my best friend, please follow me
to visit my iya at Ibadan.”
And “Ibrahim, k’edu? I just love you.”
I think you understand, don’t you?

Finally, this is not a manifesto
but a poem written in presto,

So, if I was the president,
I would leave Aso Rock and live in a bungalow,
Sit on a plastic chair and eat a burger low.

Only if I was the president.

Oh! It was a dream all along.

Dan Ralph Ojedor is a young poet that sees poetry as a tool of communication. He has written for magazines (Campus Torch,etc), stage plays, poetry competitions, etc.
He detests racism – one of his poems: “53 seconds more” has more to say on that! 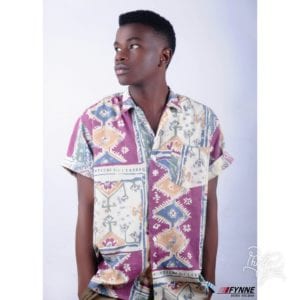 Muslim Man Graduates From University With A Phd In Christian Studies