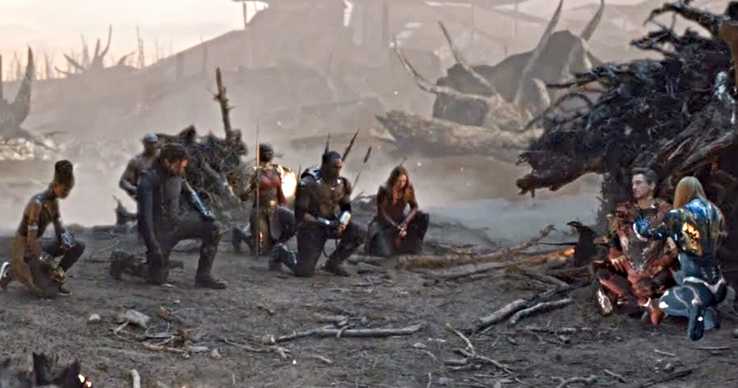 Avengers: Endgame: A deleted scene from the film shows a much sober end to Tony Stark aka Iron Man

MCU’s most loved film Avengers: Endgame gave superhero movie fans an epic action-packed finale. It also gave them a hugely emotional death. The highest-grossing movie was all about the final battle between cosmic villain Thanos (Josh Brolin) and the combined might of all superheroes. But the most heartbreaking scene of all was the death of Tony Stark aka Iron Man. But a new deleted scene shows it could have been even more emotional.

This new deleted scene shows a much sober version of the much-loved character’s end in the film. This scene was shared from USA Today’s Twitter handle.

Check out the scene below:

We have an EXCLUSIVE @Avengers deleted scene from #Endgame that gives fans a heroic must-see moment → https://t.co/Y0tiB90wX7 pic.twitter.com/QZDxovUCT2

“It’s a beautiful scene with moving performances, but we filmed it prior to Tony Stark’s funeral. The funeral scene ultimately became a more resonant and emotional reflection on Tony’s death for us. The funeral scene happened when the characters of the film got some time to face the huge loss of Tony Stark. They were all dressed in black for the funeral which looked more real on the camera. ”

One of the questions that have haunted the fans about Avengers: Endgame is about the character of Gamora. In a deleted scene, which is now released this question gets an answer. If the deleted scene was added to the film, the fans would for sure know that she was still alive.

Related Topics:Avengers: Endgame
Up Next