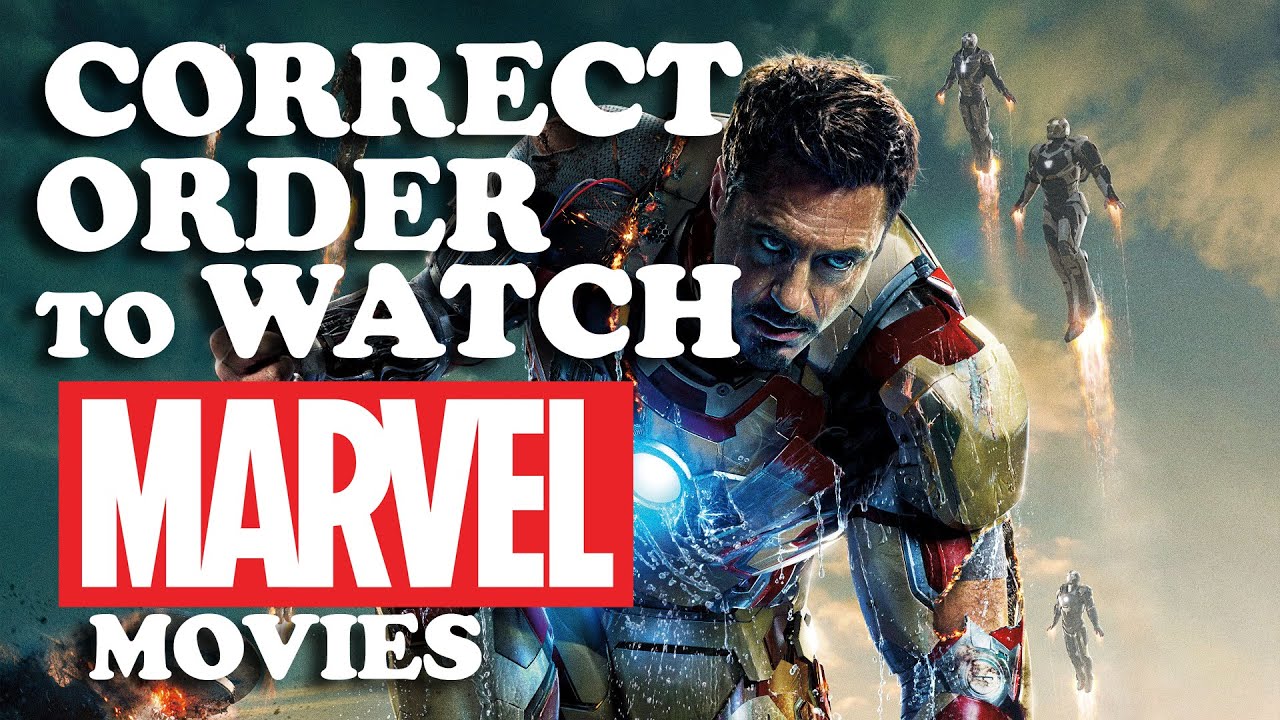 You’re hanging with your girlfriend, the lights are getting dim, you guys are having a nice conversation, everything’s getting nice, and then all of a sudden, she mentions that she has never seen any Marvel film but yet she is seeing The Falcon and The Winter Soldier a friend recommended to her.

GET THE POPCORN!!! GET THE MOTHERF***ING POPCORN NOW!! WE’RE MARATHONING THIS!!!

What correct order are you going to show your girlfriend, your siblings, and your kids to make sure they see all of Marvel Cinematic Universe (MCU) movies?

Well, it turns out that when it comes to the Marvel Cinematic Universe (MCU), there isn’t really an order that people watch the movies with. I mean, some watch in chronological/timeline order, some watch in release order, and others just watch all over the place.

But if you ask me, For newbies/casual fans, I recommend: Release order while For hardcore fans/rewatchers, I recommend: Chronological/Timeline order since I just marathoned all of them.

For a few reasons, I recommend this order for newbies/casual fans because it’s fun to see how the special effects and actors evolve over the years, you won’t feel as bad about skipping around if you don’t want to do a complete binge-watch and, quite frankly, the release order tells a stronger narrative — watching a movie like Captain Marvel out of release order might be more confusing than enjoyable.

If you’ve seen most or all of the movies (or are like that guy who saw Endgame in theaters 116 times) and you want to switch things up a bit, rewatching in chronological order would be a fun experiment. Some plot points might become stronger, while some plot holes might seem more obvious, but for a decade-plus-long story, it’s bound to be impressive. And after going from 2011’s Captain America: The First Avenger to 2019’s Captain Marvel, the rest will surely seem more sensical.

March 25, 2022-  Doctor Strange in the Multiverse of Madness

The future of the Marvel Cinematic Universe, including TV shows

Now you’ve got your list of the best order to watch the Marvel movies.

But how can you stream them?

This is a great question, knowing that Disney Plus is home to nearly every Marvel Cinematic Universe (MCU) movie released so far since their launch in November 2019. With that said, certain titles will be added at a later date, and a few films, like “Spider-Man: Homecoming,” will not be included since they were produced by a different studio.

For now, You can find some movies streaming On Demand on cable, but if you want to cross them all off your list: hit up Amazon!

Once you’re done watching, rewatching, or catching up, there are a ton of new films and TV shows on their way for you to look forward to. Dates on most are still tentative, but you have at least until November of 2020 before being inundated with new content.

To continue Phase 4 of the MCU, Marvel Studios plans to release the much-anticipated Black Widow solo movie July 9, 2021. Plot details are scarce, but it sounds like in marvel studios’ action-packed spy thriller “Black Widow,” Natasha Romanoff aka Black Widow confronts the darker parts of her ledger when a dangerous conspiracy with ties to her past arises. Pursued by a force that will stop at nothing to bring her down, Natasha must deal with her history as a spy and the broken relationships left in her wake long before she became an Avenger.

Later in 2021 and 2022, we’re expected to get Shang-Chi and the Legend of the Ten Rings, Doctor Strange follow-up Doctor Strange in the Multiverse of Madness and Thor: Love and Thunder, featuring Natalie Portman as Jane Foster, Goddess of Thunder.

If those aren’t enough, Marvel has already announced a Black Panther sequel, Blade, Guardians of the Galaxy Vol. 3, a Captain Marvel sequel and (yet another) Fantastic Four. It’s currently unclear whether these movies will be released in 2022 or later.

After canceling all of its Netflix Originals, Marvel has big plans to further its TV-verse and make it even more connected to the movies. The Falcon and the Winter Soldier, starring Sebastian Stan and Anthony Mackie, will arrive later next year on Disney+. In 2021, we’ll get Tom Hiddleston reprising his role as Loki in the aptly titled Loki; Elizabeth Olsen and Paul Bettany as Wanda Maximoff/Scarlet Witch and Vision (respectively) in the perhaps too aptly titled WandaVision; and Jeremy Renner as Hawkeye in, you guessed it, Hawkeye.

Other announced shows include What If?, Ms. Marvel, Moon Knight, and She-Hulk.