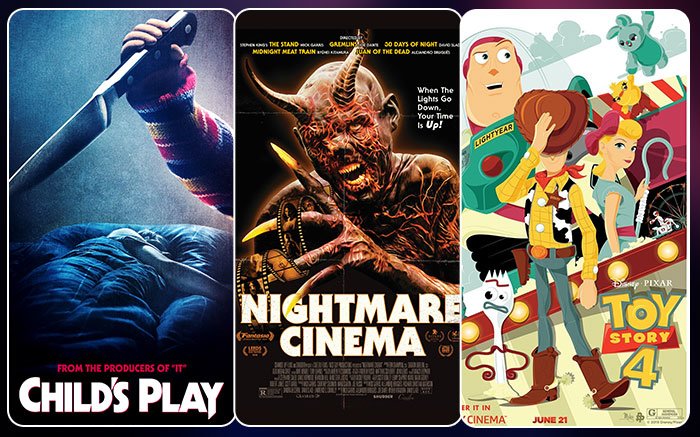 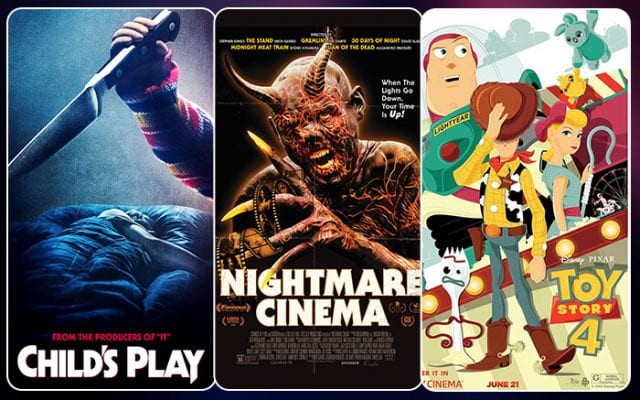 Here’s the list of Hollywood movies releasing on June 21.

Last Friday saw the release of big-budget movie Men in Black: International starring Tessa Thompson, Chris Hemsworth and Emma Thompson. This week there are animated and thriller movies releasing like Toy Story 4, Child’s Play and Nightmare Cinema among others.

Child’s Play is the latest installment of Chucky franchise and the reboot version will not show the doll who is possessed by the soul of a killer, but it will be a high-tech toy that starts troubling a mother and her son. Mark Hamill will be voicing the new Chucky replacing original Chucky’s voice actor Brad Dourif. This time it will be scarier than humorous.

Produced by Pixar Animation Studios for Walt Disney Pictures, Toy Story 4 is the fourth installment in Pixar’s Toy Story series and the sequel to 2010’s Toy Story 3. It is a computer-animated comedy film. It will be releasing in English Telugu and Hindi language.

This is a horror movie where five strangers are made to go in an abandoned theater and forced to watch their deepest and darkest fears. Mickey Rourke is playing the Projectionist who with his films attack the souls.

So what movie do you intend on watching this week? Let us know by dropping a comment below.

10 Movies Ideas For A Girls Night