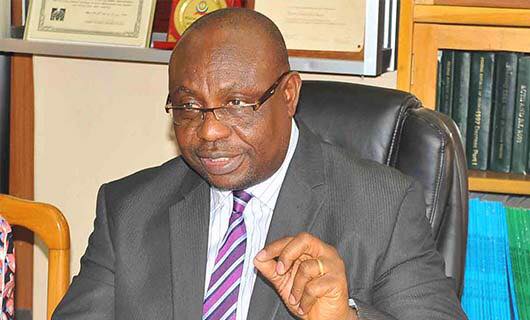 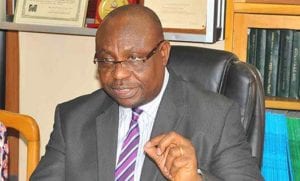 President Muhammadu Buhari has appointed Festus Okoye, one of the lawyers of Ibrahim Zakzaky, leader of the Islamic Movement in Nigeria (IMN), as a national commissioner of the Independent National Electoral Commission (INEC).

Okoye is among the 26 nominees Buhari forwarded to the senate for confirmation. On Tuesday, Senate President Bukola Saraki read the request letter of the president at the upper legislative chamber.

“In accordance with the provision of section 154(1) of the 1999 constitution as amended, I rise to forward to the distinguished senators the name of Barrister Festus Okoye for confirmation as National Commissioner representing South-east geopolitical zone,” the letter read.

“While hoping that this request will receive the usual expeditious consideration, please accept Mr President the assurances of my highest regards.”

An indigene of Imo state, Okoye is the executive director of Human Rights Monitor. He is also a solicitor at the Supreme Court of Nigeria.

In an interview he granted Daily Trust last year, Okoye listed the case of Zakzaky among the two most challenging in his 33-year career.

“The case of El-Zakzaky that I’m handling now is what they call a ‘don’t touch’ case. But I did, because I believe that what defines a lawyer is the principle he cherishes, your ability to stick to that first principle of Law they taught us in the university, to believe in the rule of law and law process, and that in terms of fundamental rights, I may not like what you believe in, but still defend it. That is exactly the point with the case I am handling now,” he had said.

“The truth of the matter is that, people have already profiled him and his movement as violent, as people who are not good Muslims and therefore not entitled to fundamental rights protections in our constitution.

But I say, no, the constitution which all of us have said is the supreme law of the land says the right to believe or not is personal to me. So long as I don’t breach the law. And if I do, you must take me to court. That is the bottom line.”

Zakzaky was arrested in 2015 after some of his supporters were involved in a clash with soldiers in Kaduna state.

He has been in detention despite repeated calls for his release and a court order setting him free.