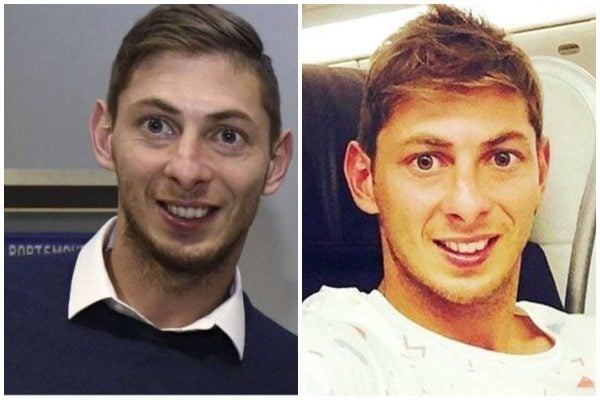 One occupant of the plane carrying footballer Emiliano Sala and pilot David Ibbotson has been found in the underwater wreckage.

A search on Sunday found the Piper Malibu plane on the seabed off Guernsey, almost two weeks after it went missing. The Air Accident Investigation Branch (AAIB) confirmed the sighting on Monday morning adding that it was now considering the next steps.

The “substantial amount of wreckage” of the plane, which went missing on January 21st, was found on Sunday morning after a privately-funded search was started. The flight was carrying Argentine striker Sala and pilot David Ibbotson from Nantes, north west France, to Cardiff after Sala completed his £15m move to Cardiff City.

Having identified a priority search area last week, the AAIB agreed a search strategy with Blue Water Recoveries Ltd to maximise the chance of locating the aircraft wreckage.

The AAIB commissioned specialist vessel Geo Ocean III and Blue Water Recoveries Ltd commissioned FPV Morven and the search area was divided between the vessels. Both vessels began their search on the morning of Sunday 3 February.

Early in the search, the Morven identified an object of interest on the seabed using its side-scan sonar equipment. It cleared the immediate area for the Geo Ocean III to use its underwater remotely operated vehicle (ROV) to survey the area of the seabed in which the object was located. Based on analysis of ROV video footage, the AAIB investigators on board the vessel concluded that the object is wreckage from the missing Piper Malibu aircraft, registration N264DB.

The ROV carried out a further search of the area overnight, but did not identify any additional pieces of wreckage.

Tragically, in video footage from the ROV, one occupant is visible amidst the wreckage. The AAIB is now considering the next steps, in consultation with the families of the pilot and passenger, and the police.

The image shows the rear left side of the fuselage including part of the aircraft registration.

We intend to publish an interim report within one month of the accident occurring.

Oceanographer and marine scientist David Mearns confirmed the wreckage had been found on Sunday after “a couple of hours” of searching the seabed.