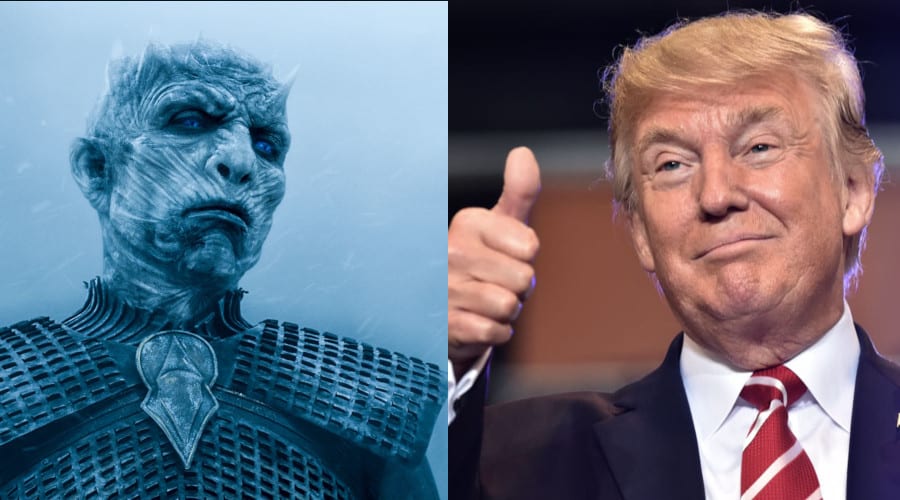 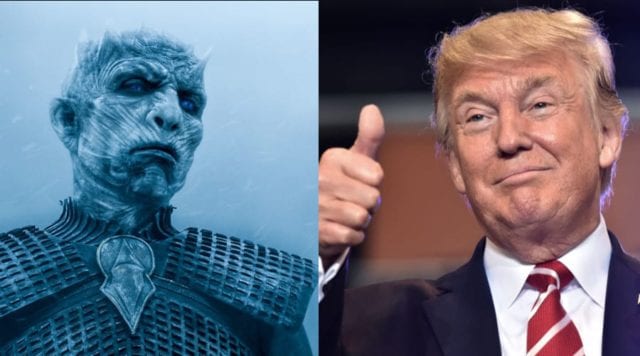 HBO found an unlikely adversary in its fight against copyright infringement of Game of Thrones materials – the President of United States of America.

Donald Trump tweeted a Game of Thrones-themed meme on Thursday, in response to the Mueller report. It made use of a smoky background and the ornate font style that is signature of the TV show. HBO, understandably, is not happy. They issued a statement asking Trump to not use Game of Thrones material for political purposes.

Though we can understand the enthusiasm for Game of Thrones now that the final season has arrived, we still prefer our intellectual property not be used for political purposes.

This is not the first time Trump has made use of Game of Throne’s popularity to drive home a message. This is also not the first time HBO has expressed displeasure about it. Only in January, when the impasse over the border wall was going on, Trump Tweeted “The Wall is Coming“, alluding to the famous Stark words in Game of Thrones, “Winter is Coming”. Last November, Trump used the same format to threaten Iran with sanctions. His meme was a picture of himself with the words “Sanctions are Coming” written over it.

Several GoT cast members, including Sophie Turner and Maisie Williams, reacted to Trump’s usage. HBO also responded in both formal and informal means. They first issued a statement saying:

“We were not aware of this messaging and would prefer our trademark not be misappropriated for political purposes.”

Then they took to Twitter for a humorous reply:

How do you say trademark misuse in Dothraki?

But Trump doesn’t seem disturbed by HBO’s displeasure, and this misuse is unlikely to stop. The popularity of Game of Thrones, as well as its intensely political narrative, makes it very well-suited for political messaging in the current political scenario.

This isn’t lost on the cast and crew as well. In fact, some of them have compared Trump with Game of Thrones characters (*cough cough* Joffrey *cough cough*) in the past.

Fan frenzy around Game of Thrones has reached an all-time high at the moment. As the 2020 elections inches closer, it seems that both Trump and his adversaries will continue to capitalize on it.