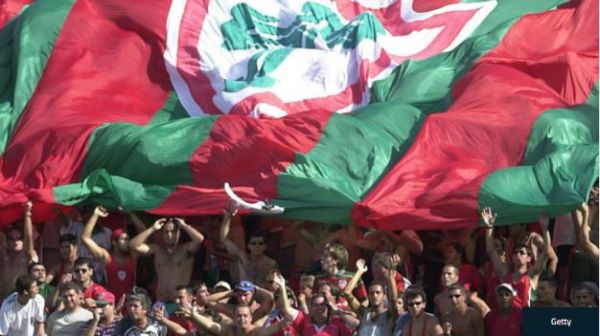 The disgruntled supporters wanted a slice of the action after seeing their side surrender 3-0 at home, but they may now face police charges.

Fans of Portuguesa devised a novel, not to mention delicious, protest to express their anger at defeat: stealing the team’s pizzas after the game!

The Sao Paulo club have won just once in five games in 2018’s Paulista state championship, and are currently languishing in 12th place in the second-tier A2 division.

And after their latest defeat, a 3-0 reverse at home to Oeste on Tuesday, frustrated supporters decided to take the law into their own hands.

A pizza delivery boy on the way to Portuguesa’s stadium to hand over the players’ dinner was intercepted by fans, who made him a deal he could not refuse.

The Portuguesa faithful had a quick whip-round and came up with R$300 to pay for the pizzas, which were then eaten while the players waited in vain for their post-match treat.

Some hungry diners even posted photos of their feast online, and told reporters “this was just too much. They didn’t play at all, and on top of that they want to eat?!”

Portuguesa, however, failed to see the funny side of the prank, and filed an official police complaint with the Sao Paulo courts.