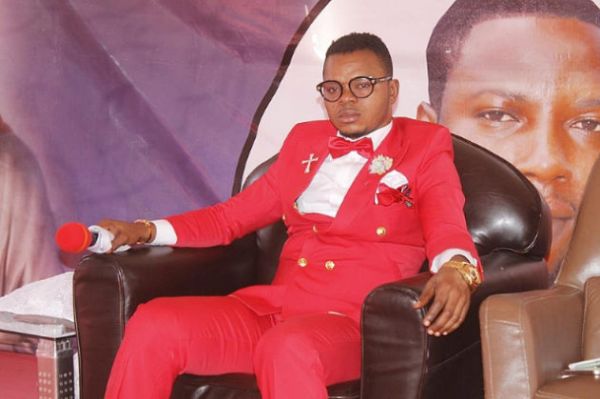 Ghanaian Bishop Daniel Obinim who was in the news few months after claiming he is the angel that rolled the stone off Jesus’ tomb, has finally disclosed how he gets his money.

Daniel Obinim who disclosed how he funds his expensive lifestyle, told his congregation that he doesn’t spend the money he makes from them because he takes his money from the spiritual and converts it into physical money.

He continued by saying, “Jesus told me to share with my church members. So I tell you to watch your ways so I can use some of the money to help you and take care of you…” he cautioned them.

The controversial man of God further explained that he can buy every car of his choice and pay in cash irrespective of the price be it $8 million or more, because he has so much money from the spiritual word deposited in his accounts.

Watch the video below:-

We Have All Been Feeling Earth Tremor In Abuja – Saraki