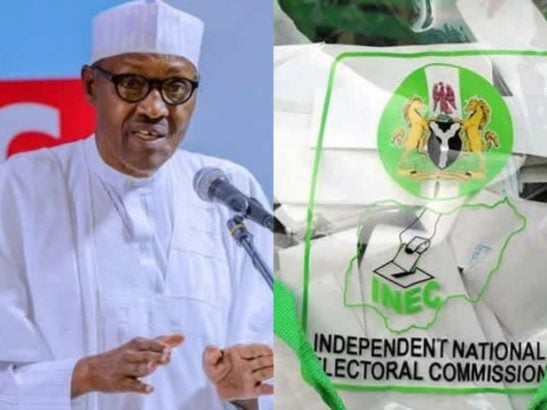 President Buhari has stated that he does not have to rig before he wins a re-election because he went round the nation during his campaign which makes him believe he has the support of Nigerians.

Buhari made this known at the All Progressives Congress national caucus meeting in Abuja on Monday.

“I’m not afraid. I went round the 36 states and the FCT and I think I have enough support across the country to vote for me.”

He also warned against any form of disturbance during the election as he stated that security agencies are aware of like “hot spots”.

“II d not expect anybody to cause any disturbance. The security agencies have identified hot spots and flash points and should be prepared to move.

“We have made as much arrangement as possible for them as much as the country can afford.

“Anybody who decides to snatch ballot boxes or lead thugs to disturb the process, may be that will be the last unlawful action you will take.

“We have directed the military and other security agents to be ruthless. We are not going to be blamed that we want to rig elections.

“I want Nigerians to be respected and let them vote whoever they want across the parties. I am not afraid of that. I went round the 36 states and the FCT and I think I have enough support across the country to vote for me.”

Full text of what Atiku said during Thursday’s live broadcast