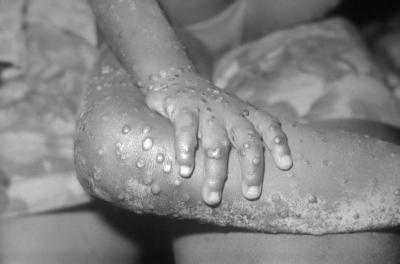 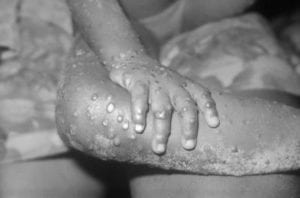 Fear has gripped the residents of Bayelsa State as a deadly viral epidemic known as “monkeypox” has broken out in the state.

According to the World Health Organisation, monkeypox is a rare disease that occurs primarily in remote parts of Central and West Africa, near tropical rainforests.

“The monkeypox virus can cause a fatal illness in humans and, although it is similar to human smallpox which has been eradicated, it is much milder,” WHO says.

It was authoritatively learnt that a medical doctor and 10 persons who came down with the monkeypox had been quarantined in an isolation centre at the Niger Delta University Teaching Hospital, Okolobiri, in Yenagoa Local Government Area of the state.

The isolation centre was reportedly created by the Nigerian Centre for Disease Control and the epidemiological team of the state’s Ministry of Health to control the spread of the virus.

The state Commissioner for Health, Prof. Ebitimitula Etebu, confirmed the development, saying that samples of the virus had been sent to the World Health Organisation laboratory in Dakar, Senegal, for confirmation.

He described monkeypox as a viral illness caused by a group of viruses that include chicken pox and smallpox, adding that the first case was noticed in the Democratic Republic of Congo and subsequent outbreaks in West African region.

Etebu stated, “Recently in Bayelsa State, we noticed a suspected outbreak of monkeypox. It has not been confirmed. We have sent samples to the World Health Organisation’s reference laboratory in Dakar, Senegal.

”When that comes out, we will be sure that it is confirmed. But from all indications, it points towards it.

”As the name implies, the virus was first seen in monkey, but can also be found in all bush animals such as rats, squirrels and antelopes.

”The source is usually all animals. It was first seen in monkeys and that is why it is called monkeypox. But every bush animals such as rats, squirrels, and antelopes are involved.

“So, the secretions from particularly dead animals are highly contagious.”

He listed the symptoms of monkeypox as severe headache, fever, back pains, etc., noting that most worrisome of all the signs are rashes bigger than those caused by chicken pox.

The commissioner said the rashes are usually frightening and usually spread to the entire body of infected persons.

Speaking on the Bayelsa case, Etebu stated, “We noticed the first index case from Agbura, where somebody was purported to have killed and eaten a monkey and after that, the people who are neighbours and families started developing the rashes.

“We have seen cases from as far as Biseni. We invited the NCDC together with our own epidemiological team from the Bayelsa Ministry of Health.

“We have been able to trace most of the people who have come in contact with the patients.

“So far, we have 10 patients and we have created an isolation centre at the NDUTH and most of them are on admission and we are following up the 49 cases that we are suspecting might come down with the illness.

“As a state, we are taking care of all the expenses of all the isolated cases.

“The disease has an incubation period and it is also self-limiting in the sense that within two to four weeks, you get healed and it confers you with immunity for life.

“We have mobilised virtually every arsenal at our disposal in terms of sensitising the general public and making them aware by radio programmes, jingles and fliers. So, the Nigerian Centre for Disease Control has mobilised fully to Bayelsa State. We are on top of the situation.

“The only thing I will tell the general public is to observe hand hygiene and ensure they don’t come in contact with dead animals and their secretions. The disease is air-borne too. So when you come down with it, it is very infectious.

“They should be very vigilant. People should report any similar cases to the relevant authorities.

“A lot of people have come down with the symptoms, but they are hiding in their houses. If they hide, there is the propensity for the infection to spread.

“It is better to quarantine them and treat them so that we can interrupt the spread of the disease.

“People should be calm and they shouldn’t get frightened. The state has distributed personal protective equipment to workers and they are using them.”

“The plan was to tie occupants of the building down and collect all their cash, phones and other valuables” Fashion Designer Who Rob Family In His Neighborhood