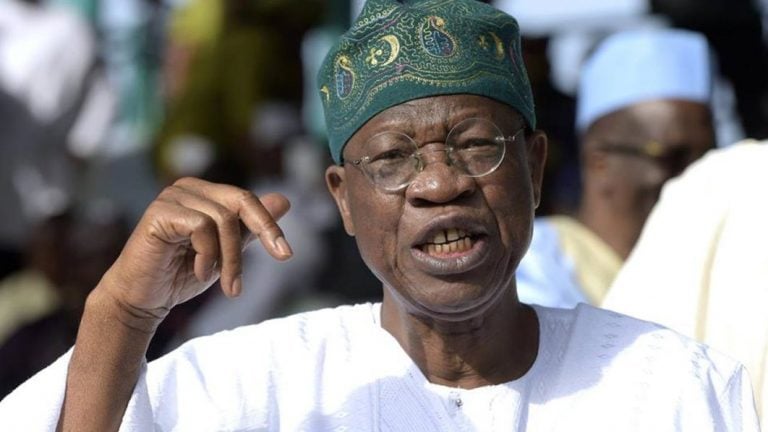 The Federal Government says despite the revolution witnessed in the agricultural sector, the cost of food items is still high because of infrastructural deficit and export demands. 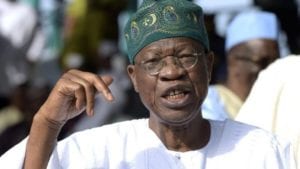 The Minister of Information and Culture, Alhaji Lai Mohammed, said this on Tuesday when he featured in a Current Affairs programme “Focus Nigeria” of a Lagos-based Television station.

“Despite the fact that the production of staples like rice, grains, yam has increased with the agricultural revolution of the government, food items are still on the high side.

“There are many reasons why the prices are still up there but principally, I think it is an infrastructural deficit.

“The good news, however, is that from October this year, the General Electric, which has the concession for the 3,500 narrow gauge rail routes will commence work.

“The Lagos to Kano standard gauge rail project and the Lagos to Calabar rail lines which will crisscross all the South Eastern States are priority projects of the government.

“That will help in the transportation of goods and services including agricultural produce at a far cheaper fare and that will percolate to the common man,” he said.

The minister said that the government would leave no stone unturned to ensure that the Lagos to Ibadan, Kano to Maiduguri and other critical roads across the country were completed.

Mohammed also explained that “there is so much demand for our grains and cereals from other parts of Africa.

“You cannot stop the farmers especially with the ECOWAS Protocols that allows for free movement of goods and services.

“There is also a lot of demand for our grains from other parts of the world and as a matter of fact, we got over N30 billion from agricultural export in the second quarter of this year.

“I believe that with the economy picking up and the various infrastructural development coming up, Nigeria will very soon start to feel some relief.

“Also the Presidential initiative to employ 10,000 people from each state in the agricultural sector will bring succour and a lot of relief,” he said.

Speaking of his hopes and fears for the country, the minister said that, 57 years after independence, he was very confident and optimistic that Nigeria will be great.

“Living together for 57years as an independent country

with all the ups and downs and challenges and we are going stronger in all ramification.

“The present administration is getting its priorities right and focused on the economy, good governance, security and improving the quality of life of Nigerians,” he said.

The minister reiterated the position of President Muhammadu Buhari that with Nigeria exiting recession, the administration would not rest on its oars until the impact is felt by all Nigerians.

He said it was on record that since January, the country had recorded monthly steady reduction in headline inflation.

“Our Balance of Trade has increased, farmers today get fertiliser at N5,500 as opposed to N13,000 before and we were able to deliver the fertilisers to farmers before the planting season.

“These are incremental gains and if we remain focused on our reforms, all these will improve,” he said.

For those criticising the president on his Independence Address to the nation, the minister said that Buhari addressed issues that were Germaine to national development.

He said Buhari’s speech touched on national security, economy, corruption, unity and development as well as the achievements recorded by the administration despite constraints.

The minister said that, though the government had made its position clear on the agitation for restructuring, “the greatest threat we have today is not restructuring but it is about corruption”.

“I make bold to say that corruption is the bane of the country and the biggest threat to our existence.

“Year in year out, huge sums of money are voted for and released for projects that will touch the lives of Nigerians but they are stolen and these projects are left abandoned.

The minister commended the ruling APC for creating the platform to get the aggregate of the views of Nigerians as to what they meant by restructuring.