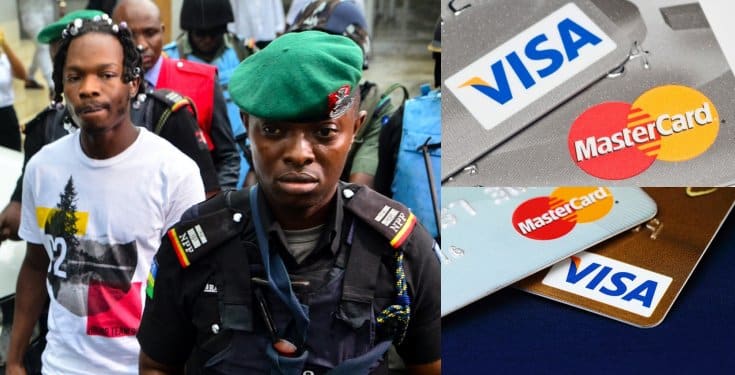 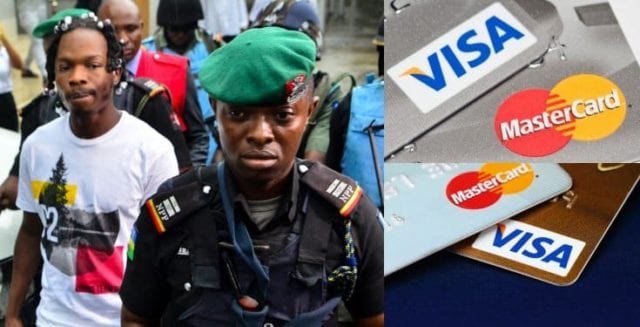 The Economic and Financial Crimes Commission (EFCC) has reportedly requested from Mastercard Inc and Visa, through a letter, the details of the credit cards recently obtained from musician Afeez Fashola, popularly known as Naira Marley. The recently recovered cards are suspected to be used for alleged identity theft and credit card fraud by the artiste.

According to information gathered by Punch, the letter with subject “Investigation Activities”, signed by Dein Whyte, the Zonal Head of EFCC, Lagos was written to the credit card companies on Monday May 13, 2019, requesting for details of the cards recovered from the artiste.

The agency’s letter to MasterCard reads “The commission is investigating a case of identity theft and electronic cards-related fraud in which the listed card information were recovered during investigation.”
Also, in its letter to Visa, the agency requested that the company prefer details about the last five transactions on each of the Visa cards obtained from the artiste, Punch reports.

In its letter to Mastercard, the agency also requested that the company provide information about the last five transactions on a MasterCard card recovered from the artiste.

Punch reports that the card with number 5354631405139323 was issued by Prepay Technologies Ltd and it bears the name Linh H. Mendez Rojas.

The anti-corruption agency recently filed 11 charges against Naira Marley, following his arrest on Friday May 10, 2019.

On Thursday, May 30, 2019, the Federal High Court in Ikoyi, Lagos granted the artiste bail on the conditions of a Two Million Naira (2,000,000) bond, and two sureties, one with landed property and the other, a Civil Servant, not lower than a level officer.

Related Topics:EfccNaira Marley
Up Next

Addiction To Video Games Is A Mental Health Disorder – WHO