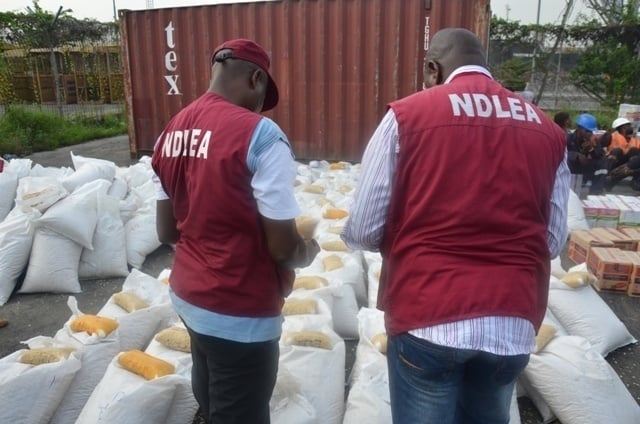 The National Drug Law Enforcement Agency, NDLEA, Osun command, on Saturday disclosed that it destroyed a 60.8 hectares of India hemp (Cannabis Sativa) farm at Ikeji Arakeji, in the state.

Samuel Egbeola, the state commandant of the NDLEA, disclosed this during an interview with journalists at the agency’s office in Osogbo.

According to Mr. Egbeola, the hemp farm was discovered and destroyed on Thursday, following a tip-off from an informant.

He said two suspects found on the farm during the operation were equally arrested and that the arrested suspects were helping the agency in their investigation.

The NDLEA boss assured the people of the state that the agency would always stick to its responsibilities of ensuring a drug free state.

“We are appealing to the people of the state to always relate information on illicit drug operations, especially cannabis farms to the NDLEA.

“Our office is always open, so people with useful information are always welcome to come in at any time so we can all work together in ensuring a drug free state.

“It is our mandate to rid the state of illicit drugs and this could only be made possible with the support and cooperation of the people.” he said

He said he was grateful for the support the office has been receiving from the public and urged for more cooperation.

The News Agency of Nigeria reports that the command had on Wednesday, announced that it destroyed a 16.8-hectare, Indian hemp (Cannabis Sativa) farm located in Ikoyi, Osun, on September 26.

“very sweet, soothing and a 57th Independence Anniversary gift to the nation,”- Bihari Says, As He Congratulates Super Eagles