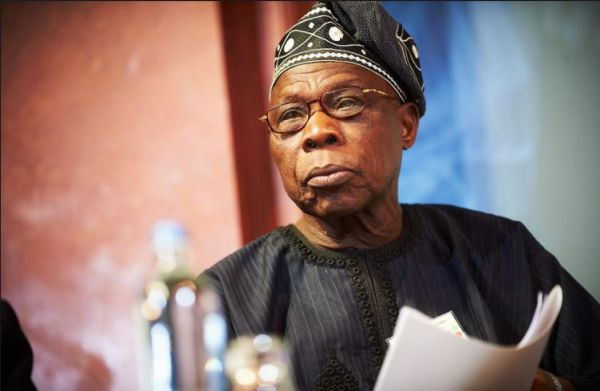 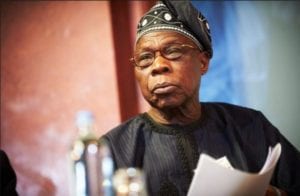 A former President of Nigeria, Olusegun Obasanjo has revealed how Boko Haram can be defeated. He said if government tackles the issue of hunger and joblessness, terrorism will dealt a heavy blow.

Obasanjo made the statement while in Maiduguri, the Borno State capital, where he presided over a meeting of the Zero Hunger Forum, a social development goal program of both the Nigerian government and international development partners.

He said research had proven that most Boko Haram fighters picked up arms against the state, not for the advancement of any religious conviction but as a means of fighting hunger and lack of job.

Obasanjo who is the chairman of the SDG program on zero hunger in Nigeria is currently leading the campaign against hunger across select states in the country.

He explained that of the 17 SDG agenda of the international community, “zero hunger is number two”.

“Zero hunger, or ending hunger has ramification, on 14 other goals. Infant mortality, alleviation of poverty, maternal mortality and all of them have things to do with food security and nutrition”, he said.

“So when the world food program asked me to lead a committee to work out and implement zero hunger in Nigeria, I was more than delighted to do so. And I want to say, that we are not trying to reinvent the wheel. We are not trying to bring new policy; we have enough policies that have been neglected by non-implementation, and if we can implement the policy that we have there will be no doubt that we will beat hunger by the year 2025”.

In a report by PremiumTimes, Obasanjo added that the program does not directly give money to feed Nigerians but create an enabling environment for food production and job creation for the people.

“This is what we are doing; we are trying to help those who need help. In one of the states, someone asked that how much does the Zero Hunger Forum has to combat hunger and I said the truth is that we have no money; but we have what we can do to help by making sure certain policies are implemented. We have things we can do to make sure we put hunger at bay in Nigeria and particularly in the North-eastern part of Nigeria.”

Mr. Obasanjo said recent research by World Bank on Boko Haram revealed that most Boko Haram fighters had no clear religious conviction that drive their radical state of mind other than hunger and lack of means of sustenance.

“The world Bank said they interviewed 26 former Boko Haram members and 25 of them out of 26 said they were in Boko Haram because they have no job,” he said.

“Only one of them said he was there because of religious conviction. So zero hunger tends to contribute in bringing an end to insurgency – not only in the North-east, not only in Borno state, but also generally in Nigeria.

“So in the next two days we will interact, we will find out things, we will listen and share thoughts and by the time we finish we will know that we have all gained something, we have all learned and will be able to move forward in food production, and nutrition in this state and by extension in the whole of Nigeria.”

He said the two day meeting would provide opportunity for participants to also see the efforts being made by the Borno State Government in the area of food production.

He commended the Borno State Governor for taking the lead in the area of investment on agricultural tools and equipment which he said surpassed that of any state in the country. He however said such multi-billion investment can only make meaning if there is a safe environment to put them to use for the general benefit of the people.

He said government must do all that is possible to improve security so that locals could derived immense from the opportunities being made possible through agriculture.

“For that to happen, there must be efficient evidence of security, otherwise, those naughty boys and girls whom we call Boko Haram, will continue to look for soft underbelly, like a farmer working on his farm, an isolated village, where they will make life impossible through threats and intimidation of the life of the people”, he said

“I believe what we are doing, zero hunger, would help in fighting the scourge of the insurgency”.

Why is there so much fuss about becoming born-again? – Charly boy speaks on becoming a Christian