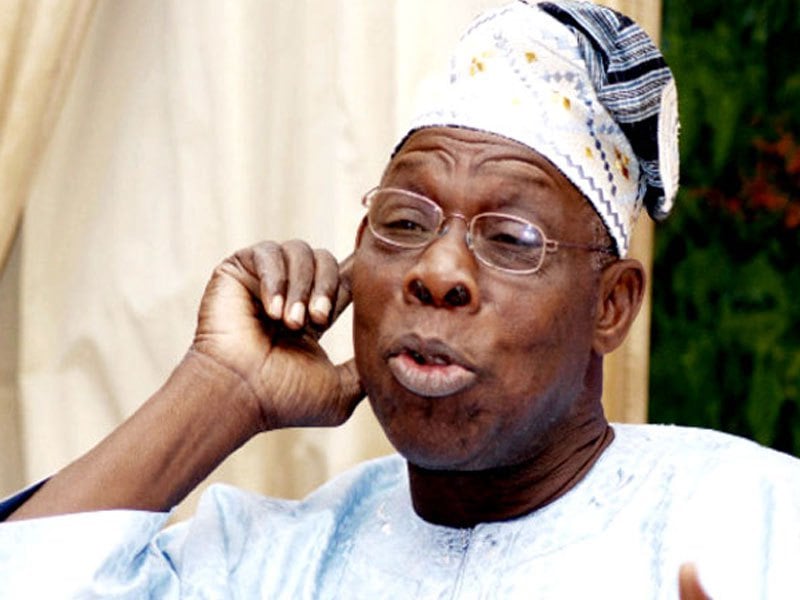 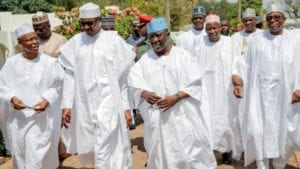 Former President of Nigeria, Olusegun Obasanjo has condemned seven governors of the ruling All Progressives Congress for endorsing President Muhammadu Buhari to seek re-election in 2019.

Mr. Obasanjo made his displeasure of the governor’s action known in a statement he released on Tuesday, saying Mr. Buhari has failed and should not consider seeking re-election.

While slamming Mr Buhari for what he described as his lack-lustre response to the killing of 73 people in Benue State by herdsmen, Mr Obasanjo said the decision by the governors to endorse Mr Buhari barely a day after those killed in the attack were given mass burial was insensitive and callous.

“It is a sad symptom of insensitivity and callousness that some governors, a day after 73 victims were being buried in a mass grave in Benue State without condolence, were jubilantly endorsing President Buhari for a second term! The timing was most unfortunate,” he said.

The governors, who made the announcement after Friday prayers with the president at the State House Mosque, said they owed no one apology for the endorsement.

“We are politicians and those of us you see here want the President to contest the 2019 election. We have no apologies for that,” Mr El-Rufai who spoke on behalf of his colleagues, said.

“We believe in Mr. President, we want him to continue running the country in the right direction. People can speculate about 2019, we have no apologies. Whether they are right or wrong is beside the point.

“Everybody is entitled to his own opinion, but as governors, and most of us here with the exception of Yobe Governor, are first time governors. We are interested in continuity and stability and we want the President to continue with that,” he added.

A week after they made the announcement, the chairman of the party’s governors’ forum, Rochas Okorocha, also backed the endorsement.

Mr Okorocha said four years was inadequate for the president to deliver on his campaign promises. He said the governors had therefore adopted Mr Buhari as their sole candidate for the 2019 presidential election.

“We have been in Abuja for three days holding meetings of the Progressive Governors with the APC leadership,” he said. “We deliberated on so many issues.

“First among the very important issues that we discussed, was the issue of Mr. President’s second term bid and it has the endorsement of all the governors of APC.

“There is need for him to complete his second term as President of the Federal Republic of Nigeria and he should go ahead to declare.

“We also deliberated and a unanimous decision was reached that we liaise with the campaign team to be headed by the Minister of Transport, Chief Amaechi as the Director-General.

“The governors also endorsed his re-appointment as the Director General of the Campaign team due to his track record during the last election.