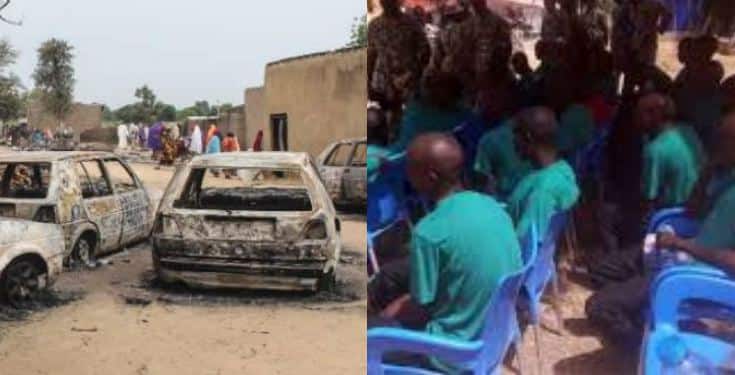 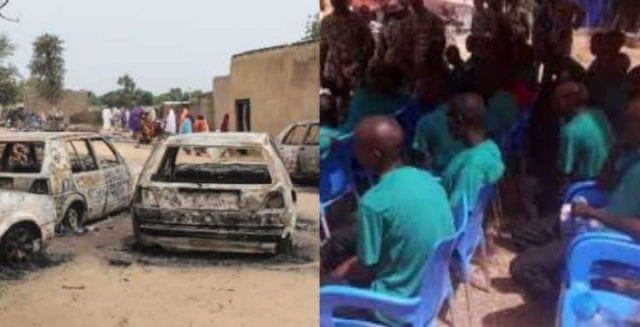 Repentant members of the Boko Haram sect have pleaded with Nigerians to forgive them for their nefarious activities over the years.

The repentant sect members made the appeal after their graduation from a de-radicalisation exercise and vocational training organised for them by the Federal Government which took place at the former permanent NYSC Orientation camp in Mallam-Sidi town in Kwami Local Government Area of Gombe State yesterday April 3rd.

Bappah Mura, a former member of the sect who was once a farmer, said he was deceived into joining the group only to realise that all they were told were lies;

“I beg Nigerians for forgiveness. I regret totally what we were forced to do; it was not my intention but I beg for forgiveness. I was a humble farmer before I was deceived to join the Boko Haram sect. All they told us were different from all we were made to do; they lied to me and deceived many of us. My heart bleeds that we were used to destroy lives and property by the sect. But today, I am so happy that we have been trained and made to acquire skills in different ventures. I am grateful to President Muhammadu Buhari and the Nigerian Army” Bappah said

In the same vein, a 62-year-old ex-Boko Haram member, Abana Ali, said he was sorry for everything, noting that they were also terrorised while with the sect until the army came to their rescue.

“I am deeply pained in the heart that we had been associated with such a devilish group; I beg Nigerians to forgive and accept us back. We were deceived and forced to join the sect; because of my age, I was not allowed to partake in their operations, but was made to do menial jobs in their camps; we were also terrorised and enslaved, until the Army rescued us.

“We are grateful to the Federal Government for the show of love; the de-radicalisation training has been helpful and now I do not need to go home to beg, but to contribute what I have been taught. Nigerian youths out there, I tell you the truth; there is no gain being Boko Haram members, except for regret and intense sorrow; we pray that no youth witness the harsh condition we were subjected to” he said

UNILAG Student Achieves His Goal, As He Bags The Best Graduating Student (Photos)