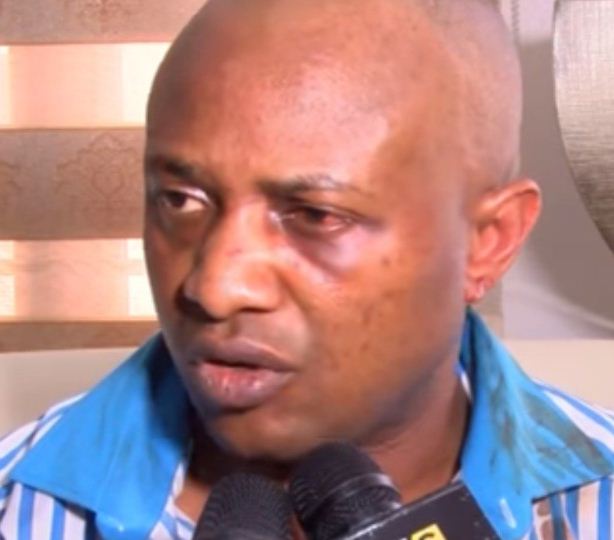 The police on Wednesday gave an account of how the Chairman of Young Shall Grow Motors, Chief Vincent Obianuju, was allegedly shot in a gun battle by suspected kidnap kingpin, Chukwudumeme Onwuamadike (alias Evans).

Onwuamadike is standing trial alongside Joseph Emeka, 29, Chiemeka Arinze, 39, and Udeme Upong, 43, on a seven-count charge of murder, attempted murder, conspiracy to commit kidnapping, attempt to kidnap, and sale and transfer of firearms.

The prosecutor, Mr Haroun Adebayo, called the first witness, Insp. Idowu Haruna, attached to the Inspector-General of Police Intelligence Response Team, which arrested the accused and conducted investigations, to narrate the outcome of the investigations.

Haruna testified that the chairman of Young Shall Grow Motors was attacked by the accused on Third Avenue, Festac Town, Lagos in 2013.

“They engaged the chief in a gun battle, and he was shot on his left arm,” NAN quoted him as saying.

“Also, one of his escorts, Cpl. Ngozi Chijioke and his driver, Mr Peter Nweke, were shot dead; three among the kidnappers were shot down by the police while others escaped.”

Haruna told the court that two riffles were recovered by the police while the case was reported at the FESTAC Police Division.

“Earlier, the third defendant, Arinze, surveyed and monitored the movement of the chairman,” the witness testified.

He said that anytime the chairman was going out to play games in the evening, he never went with escorts.

“But on the Aug. 27, 2017, the defendants never knew that the victim was with escort; that was how they met their waterloo.”

Haruna told the court that, in its investigations, the team discovered that Arinze, who was into community service in his hometown, sold the riffles to Onwuamadike, which he used in carrying out the crime.

“It was discovered that Evans was the Leader of the gang and he ordered the kidnap of the victim.

“It was Evans that organised the firearms and ammunition used for the operation.”

He said that Onwuamadike made a confessional statement that he had been into the crime for a long time.

“He has no other job, this is his means of livelihood,” he added.

Haruna also said that the team discovered that the fourth accused, Upong, sold AK47 riffle to Onwuamadike without knowing he would to use it to kidnap the victim

“A Long Strike, It Will Be” – ASUU Tells Members

Joel currently hold the spot as Founder/CEO of PlushNg. He likes spending his free time watching out for the latest movie releases. He is a Journalist, who loves to explore the world through his own eyes. He is a keen learner, WordPress Lover, and an SEO specialist. You could contact him at Joel@plushng.com