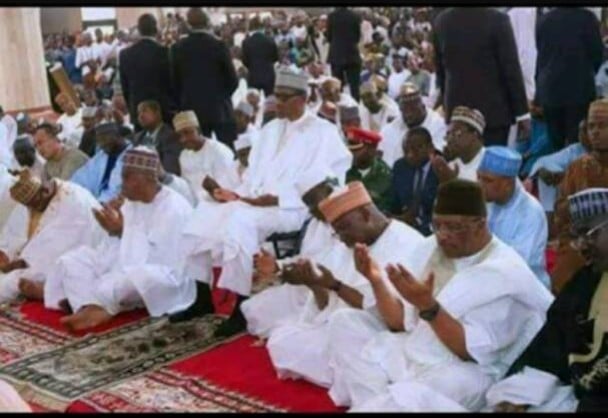 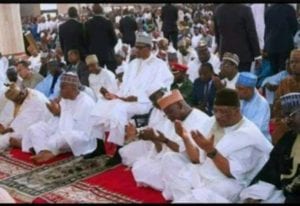 30th March 2018, was Good Friday for Christians. It was the day President Buhari escaped being lynched at the National Mosque by vexed protesters.

On Friday (30th March, 2018), PMB escaped being killed in Abuja by angry protesters suspected to be members of Islamic Movement Of Nigeria.

President Buhari, who appeared in the Mosque for the second time since 2015 inauguration for the wedding of his brother – in – law, Hamza, was attacked by a mass group of irate worshippers shorty after the end of (Jumat) Friday prayers.

The Security forces intervened as they shielded President Buhari. The worshipers, chanting “you are murderer, an unjust leader, a kidnapper, and hypocrite”, also mentioned names like Bukola Saraki, Idris Ibrahim, Yakubu Dogara as shareholders of the fore mentioned chant. The protesters pressed on shouting “we are ready to die, you can kill us all”.

It was learned also that President Buhari prayed sitting on a chair, bespeaking his tenuous health status, was also saved by the whiskers. 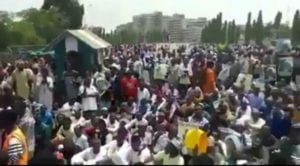 CLICK HERE TO JOIN OUR EVER ACTIVE WHATSAPP GROUP
Related Topics:President Buhari
Up Next