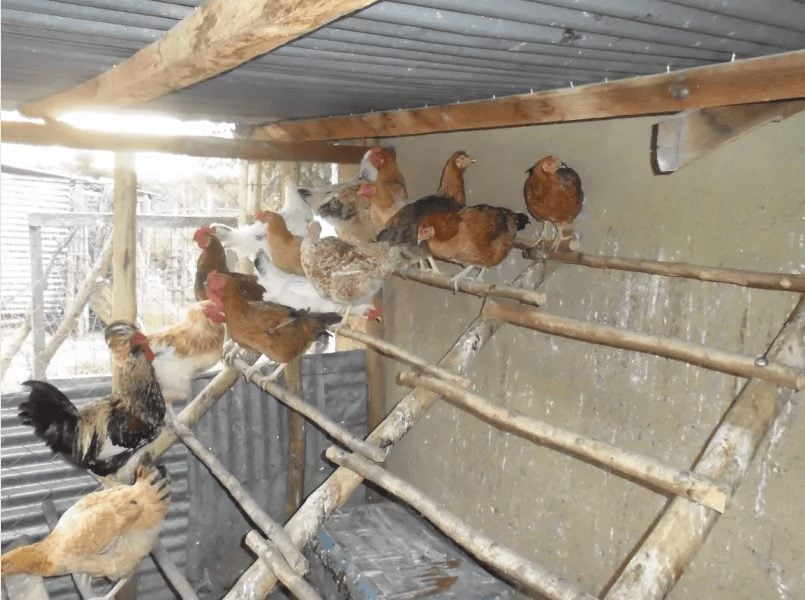 – The late is said to have gone missing from her home on Friday,December 29 ,only for her lifeless body to be discovered in her poultry house hours later

A Primary school teacher ended her life after tens of her chickens were stolen by unknown people on Christmas eve.

Ruth Muga,a primary school teacher in Rongo Migori County decided to end her life on Friday,December 29 2017,after learning that thieves had stolen her 30 chickens.

Muga,who was a revered poultry farmer in her neighborhood couldn’t take the fact that her chicken were gone.

According to Muga’s friends and relative,the teacher who had invested in the venture to supplement her income,was passionate about farming,something that might have led to her actions.

“She was so passionate about poultry farming which was one of her main source of income besides teaching,” said one of her neighbors identified as Mary Akinyi.

The late is said to have gone missing from home on Friday,without telling anyone only for her lifeless body to be discovered in her poultry house hours later.

“Madam went missing on Friday evening. She never told anyone where she was going. She was later found dead in her poultry house with her body hanging on a rope,” one of Muga’s relative revealed.