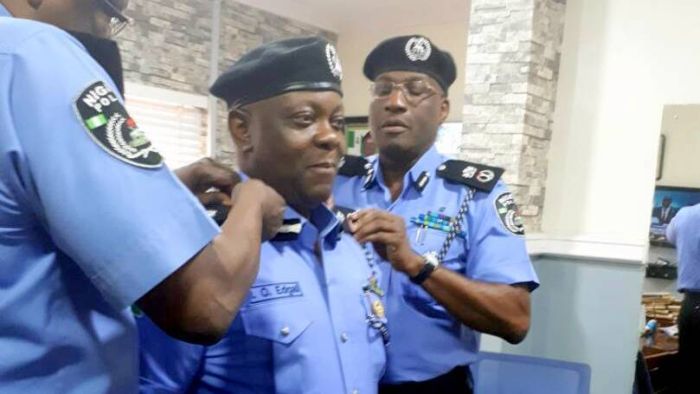 The Police Service Commission (PSC), has reversed the acting Commissioners of Police in Lagos and Kogi state to their old ranks, Nigeria’s New Telegraph can report.
According to the letter dated October 8, 2017, and titled: Withdrawal of Acting Appointment: AP:25095 Mohimi D. Edgal And AP. 36665 Aji Ali Janga, the Commission, at its 24th Plenary Meeting of 27th and 28th September, 2017 took a decision not to ratify the anticipatory approval.
Edgal Imohimi is the Acting Commissioner of Police in Lagos state, while Ali Janga is the Kogi state Acting Commissioner of Police.
The commission said; “The Officers are, therefore, reverted to their substantive rank of Deputy Commisioner of Police (DCP).
“Please, accept the assurances of the Commission’s high esteem”, the letter read.
Investigative online platform, Sahara Reporters broke the news in tweets as seen below: 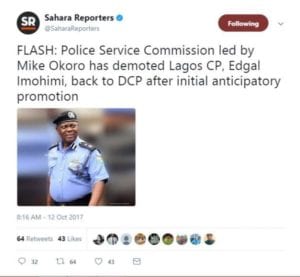 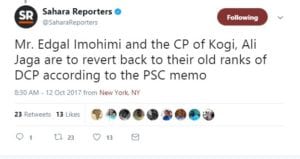 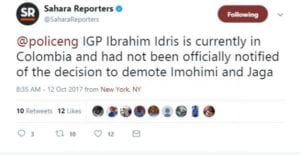 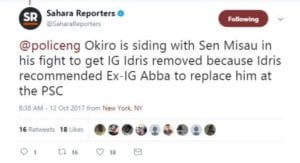 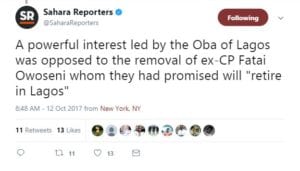 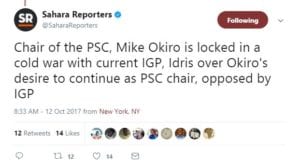 Related Topics:Plush Nigeria News
Up Next

President faints while having a ‘hot’ bath

Redeemers University To Carry Out Test For Monkey Pox