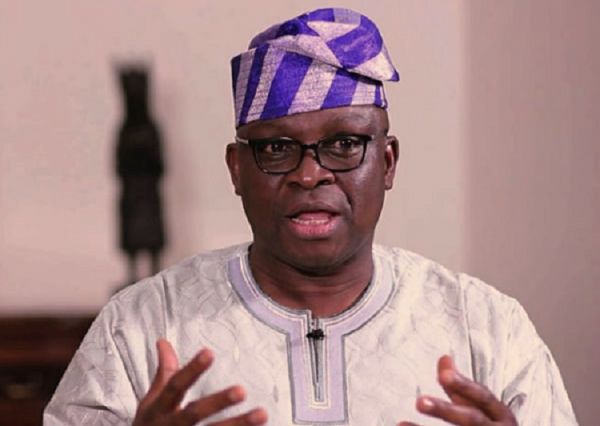 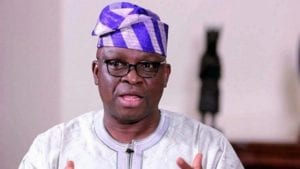 The Redeemed Christian Church of God (RCCG) has thanked Governor Ayo Fayose of Ekiti State for choosing one of their active members as the Deputy Governorship candidate of the Peoples Democratic Party for the July 14, 2018 election in the State.

The letter of appreciation was signed by Pastor Bayo Olugbemi (Provincial Pastor of Province 21) on behalf of Victory Parish (My Father’s House) of RCCG in Magodo, Lagos State.

It reads in part: “Following the selection of our member, Mr. Deji Ogunsakin, as the PDP Deputy Governorship candidate for Ekiti State by your Excellency, the entire members and Pastorate of the RCCG, Victory Chapel (My Father’s House), Magodo Lagos appreciate the good gesture of the People’s Governor, Dr. Peter Ayodele Fayose.

You will recall the church prayed earnestly after Your Excellency consulted our parish about your desire to choose our member and your candid request for the Parish to do background checks on brother Deji Ogunsakin.

“It’s also pertinent to correct the impression from some quarters in Ekiti that our brother, though born by Moslem parentage, is not a Moslem but a practicing Christian who gave his life to Christ and was duly baptized according to the doctrine of the Redeemed Christian Church and as laid down by our General Overseer, Pastor Enoch Adeboye.

This clarification became necessary to safeguard the family of our brother, especially his wife who feels the family faith and religious association are being ridiculed because of politics.

She consequently appealed to our church to put the records straight to the public that herself, husband, Mr. Deji Ogunsakin and children are not Muslims but Christians.”

‘You Deserve To Be Attacked’- I Go Dye Tells Fayose

Nigerian Man Breaks His Son’s Head With A Hammer, For Operating His Phone At Night