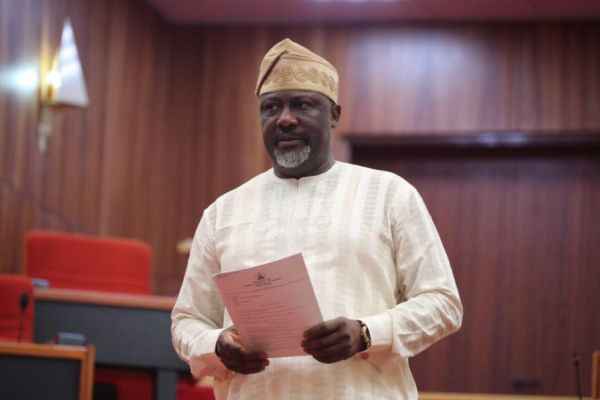 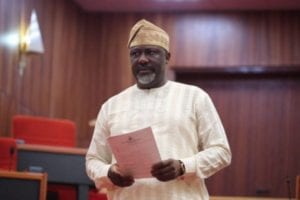 Speaking at The Osasu Symposium in Abuja, yesterday, Melaye said the national assembly has been accused of delaying the budget, where “in fact”, the fault lies with the executive.

Responding to a question on whether the president reads laws that are being passed by the national assembly, Melaye said Nigerians know he is not fit to govern the country.

In response to Amaechi, Melaye said: “I know Honourable Rotimi Amaechi very well, and he is my brother, he is my friend. Normally, he is more eloquent than this, normally, he would speak with precision than this.

“But you know when you are not saying the truth, it will never flow. The issue of the budget as raised by Honourable Rotimi Amaechi, I am happy that he was a legislator, and he was a presiding officer at the state house of assembly.”

Speaking on the issue of budget delays, Melaye said: “The truth will remain the truth. At what point did you bring the budget? If you will all recall that the president of the senate and the speaker of the house of representatives, had to write Mr. President, accusing leaders of MDAs for refusing to come and defend their budget.

“The President had to order his ministers to go to the national assembly and defend their budgets before they came. “The truth is, all political appointees, including Rotimi Amaechi must become born again, if we want to move this country forward.

“In whether the president reads these laws or not, all Nigerians, we know ourselves; you cannot give what you don’t have. President Muhammadu Buhari is not intellectually, emotionally, physically, mentally, equipped to govern this country.”