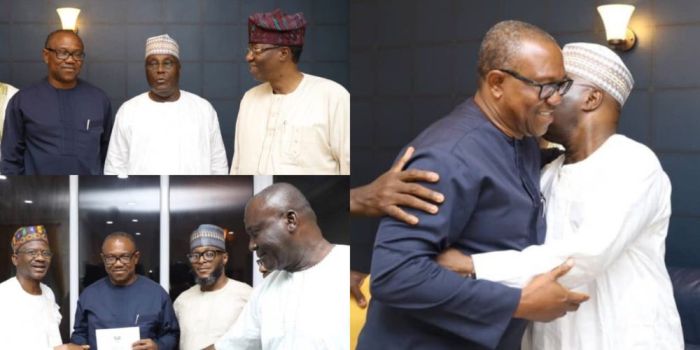 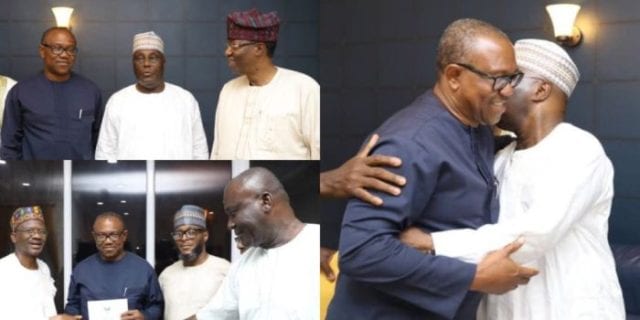 In a statement last night, Daniel said Mr. Obi’s choice was largely influenced by his youthfulness, vast knowledge of global and local economics as well as being a financial expert, all experience which Nigeria is in great need of at this point in time.

“This ticket will be able to steer our nation back on the path of progress, economic prosperity and unity,” Daniel said.

In line with its pre-primary election zoning formula, Atiku yesterday picked ex-Governor Peter Obi as his running mate for the 2019 presidential election.

With the development, the party has returned to the winning formula of the defunct National Party of Nigeria from 1979 to 1983 in which ex-President Shehu Shagari paired with the late former Vice President Alex Ekwueme.

PDP’s zoning of the VP slot to the South East was allegedly designed to woo the Igbo who had been complaining of marginalization.

Since the conclusion of PDP presidential primaries, party leaders have narrowed the choice of vice presidential candidate to the South-West and the South-East.

But Atiku and the party leadership have opted for the South-East in order to address “the marginalization of the zone.”

Already, the PDP has given a copy of the nomination form to Obi to fill with the ex-governor having audience with Atiku at about 5 pm yesterday.

It was also gathered that a South-South governor may be appointed as the Director-General of the Presidential Campaign Organisation of the PDP.

Investigation conducted by our correspondent revealed that the PDP leadership had presented some guidelines to Atiku on how to pick his running mate.

A top source said: “Earlier on Monday, the PDP presented guidelines to Atiku and eventually, it was agreed that ex-Governor Peter Obi fits into the criteria set out.

“The concession of the slot to the South-East was also in line with the wish of Atiku.

“In its power sharing formula, the PDP had conceded the VP slot to the South-East and reneging on the agreement would have been fatal for the party in 2019.

“Apart from being a prudent leader, Obi has rich experience in the private and public sectors which will help him manage the nation’s economy as the Chairman of the National Economic Council (NEC).

“The banking sector, which is the mainstay of the nation’s economy, will have a new lease of life with Obi in charge.

“More importantly, the marginalization of the Igbo was one of the issues which PDP had promised to address.

“Since Ekwueme lost the presidential primaries to ex-President Olusegun Obasanjo, the Igbo have not had a fair share of power at the centre.”

Responding to a question, the source added: “The nomination of Obi will foster the nation’s unity and create a sense of belonging for all tribes.

“It is like a return to the winning formula of the defunct National Party of Nigeria (NPN) between 1979 and 1983. The ultimate objective of PDP is the preservation of the nation’s unity.

“More permutations by the PDP will emerge in the next few weeks. We want to make the election of the PDP a fait accompli with interplay of dynamics.”

At press time, it was gathered that a South-South governor could be appointed as the Director-General of the Presidential Campaign Organization of PDP for 2019 poll.

It was learnt that the said governor is on the verge of completing his second term, a development which has narrowed the choice to Governor Henry Seriake Dickson of Bayelsa State.

But consultations were still ongoing last night on the campaign structure.

A reliable source said: “The thinking in PDP over the DG of the 2019 campaign is to pick a governor from the South-South who is almost completing his second term.

“The idea of the President of the Senate, Dr. Bukola Saraki being the DG is out of place because he leads the National Assembly, which is a strategic arm of government. He has a lot at hand; we do not want to distract him or any of the serving governors.

“I think the DG might be a PDP governor who is almost completing his second term in office.”

Although the source was not forthcoming, it was learnt that the Governor of Bayelsa State, Henry Seriake Dickson, might be appointed the DG.

“Dickson played a key role in mobilising support and perfecting strategies which earned Atiku the presidential mandate, “ a member of the National Working Committee of PDP added.

“What I Will Do After Defeating Buhari In 2019” – Atiku Speaks