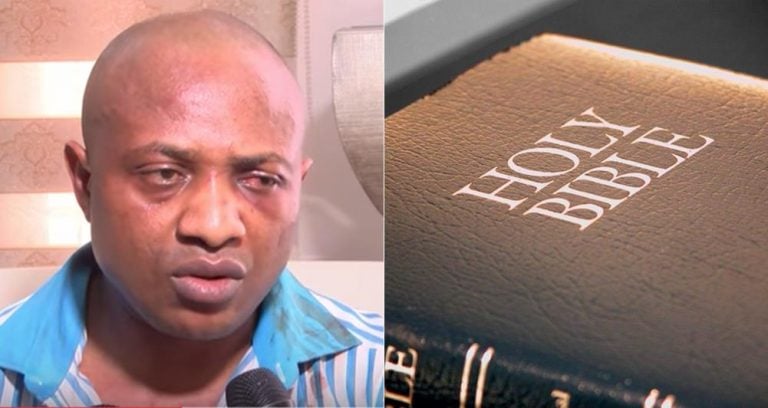 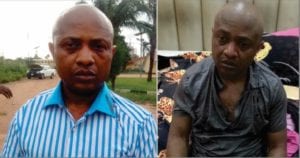 A group of Christians from a Pentecostal church who were on a routine visit to Kirikiri prison in Lagos, recently, were shocked when they came face-to-face with the notorious kidnap kingpin, Chukwudumebi Onwuamaegbu aka Evans, who has pleaded guilty to the charge of kidnapping and was remanded by court in the prison.

Reports said the Christians, were in the prison on a Sunday, just few weeks after Evans was remanded and after routine checks, they demanded to pray for the notorious kidnap suspect.

Vanguard learned that prison officials reluctantly agreed to their request and later brought the suspect to them. Events took a dramatic turn immediately Evans saw the Christians with their bibles and scapulars as he was said to have made desperate request for a bible.

The bewildered preachers quickly obliged him with a new bible which he clutched intimately like a new born baby and thanked them profusely for the gift. The leader of the group who was visibly happy with the request announced that it was a show of repentance.

Thereafter, they were said to have prayed for him after which he joyously went back to his private cell in the prison.

Sources at the prison revealed that Evans was openly shedding tears when he was brought to court the day his trial commenced in Ikeja. The source who sought strict anonymity told Crime Guard:

“We were in with other suspects that day when Evans was brought to court with the official vehicle of a top police officer in Laprison gos. He was shedding tears uncontrollably.

Then, after he was remanded, we took him to Kirikiri prison where he will stay pending his trial. Immediately we entered the prison yard with him, there was a tumultuous ovation by the inmates. In fact, he was giving a presidential treatment by the inmates. It was so much that he started responding by raising his hands with a white handkerchief while the resounding ovation continued. “That must have been why strict instructions were quickly given about him over his stay. We have a very strict Deputy Controller here and he planted informants who send him daily reports on the activities of both the inmates and prison officials. His strictness made it impossible for Evans, in particular, to have access to telephones or any electronic gadget inside his cell. In fact, he is staying in a private cell and only comes out to meet other prisoners under strict observations. We do not allow any visitor to see him. So far, the only visitors who have met with him were his brother and lawyer and they did that while being closely watched. Our Oga always insist that they come to his office to meet with him and they must converse in English language so that he would understand whatever they say.”

Related Topics:EvansPentecostal christians
Up Next

Why I rejected Biafra- Gowon