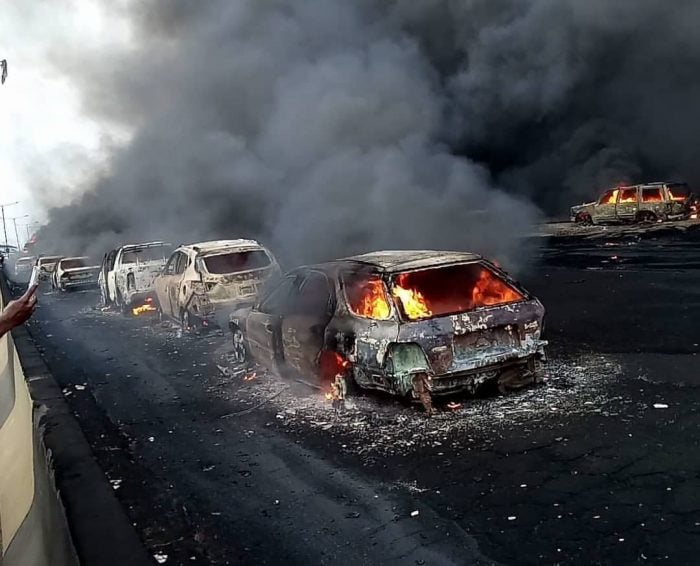 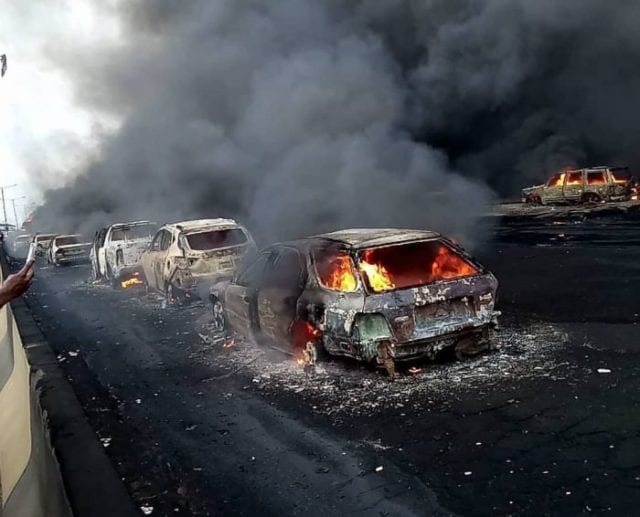 Prophet Udensi Godlove of Land of Oil Prophetic Ministry (AKA Hill of the Lord), Lagos has predicted the outcome of the 2019 general elections.

The cleric gained national recognition in June, when in a viral audio message, he prophesied the Otedola bridge tanker explosion where nine persons were roasted to death and more than 54 vehicles burnt to ashes along Lagos-Ibadan Expressway.

He also warned Nigerians to pray and avoid traveling out of Lagos on some certain days because of a looming disaster.

Dailypost reported that the pastor who spoke with one of their representatives during the week in Abuja shortly after ministering at Joshua Talena Shpeherd’s House, the young prophet said that power would only change hand in 2019 if President Muhammadu Buhari chose to withdraw from the presidential race.

According to him, there will be a cold war before, during and after the election, but at the end, the storm would role away.

Asked to comment on the outcome of his prophecies, which sparked nationwide debate, the fiery preacher said, “The aftermath of the prophecies has been overwhelming.

“It has created a lot of awareness. One good thing about it is that it brought about reawakening because so many people now believe that truly God speaks.

“I knew the prophecies would spark controversy, but I am the messenger and I had to do my job. When you are a messenger, you don’t bother about the repercussion of the message if you are delivering it the way the messenger wanted it to be delivered.”

On how he feels if his prophecies don’t come to pass, he said, “It is very rare because most my prophecies always come to pass except the one that has to do with individuals that they have small roles to play before the prophecy would come to pass.

For instance, if God says you are going to have a baby boy and you spend three years without meeting your wife, the prophecy cannot come to pass.”

When reminded that many men of God predicted that immediate past president, Goodluck Jonathan was going to win the 2015 general election but it failed, he said, “Do God lie? No, God is not an author of confusion.

Some people prophesy out of sentiments so they tend to speak towards the direction of that person. Bet when God speaks, it must come to pass.

When you see a conflicting interest, it is not that God is divided, those behind the prophecies did that behind their selfish motives and what they stand to gain. This is why there is conflict of interest.”

On what Nigerians should expect in the 2019 general, Udensi said, “2019 is going to be very interesting. By the Grace of God I have watched the election twice, the election day, after the election and the result of the election.

“You know in 2015, there was a lot of tension before the main elections; it was as if Nigeria was going to break, in fact, there will be tension everywhere but along the line, the storm will just disappear.

“There is something you have to learn about Nigeria, they can shout but are afraid to die.

“I see some few candidates coming up, by the end peace will reign. There would be cold war, but there won’t be battle. There is no cause for alarm.”

On the killing in the nation, the man of God said, “Every life is important to God. These killings are signs of demonic presence.

So there are people who have sold their souls to the devil, there are some people who are celebrating the killings in the nation. The truth is that they will not escape the wrath of God.”

Nigerians Are Happy And Satisfied With Buhari’s Performance – Yahaya Bello