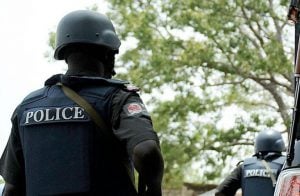 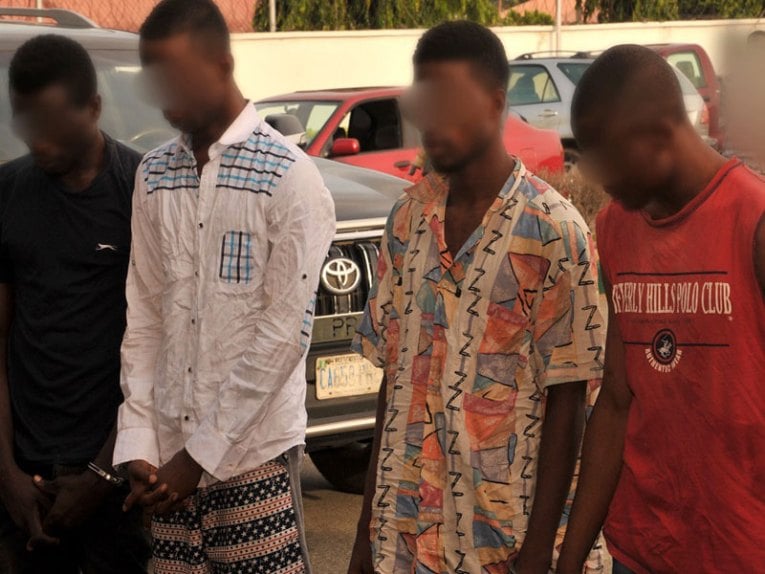 The suspect identified as, Franklin Anyawu of Oremeji Street, Iyana Ipaja, was also reportedly caught with bags of cannabis.

PUNCH Metro learnt that Anyawu was arrested along with 75 miscreants during raids on black spots in the Iyana Ipaja and Oshodi areas on Saturday.

Anyawu was said to have confessed to the police that he was the ringleader of a cult, Omije Boys.

The Head, Public Affairs Unit of the agency, Mr Taofiq Adebayo, said the gang was notorious for dispossessing members of the public of their items.

“He (Anyawu) confessed to selling illicit drugs to miscreants and hoodlums around Oshodi, Fadeyi, Idi-Oro (Mushin) and Bariga.

“Another suspect, Olumide Sanni, 19, who specialises in snatching bags and phones from innocent members around Railway lines at Oshodi, was arrested. Operatives of the agency had arrested him three times for criminal activities around Oshodi. He has made a confessional statement.

“The two suspects are among the 76 miscreants and hoodlums arrested by the agency during an enforcement operation tagged, ‘Eradication of Criminal Hideouts,’ carried out at midnight,” he said.

Adebayo explained that the Chairman of the agency, SP Olayinka Egbeyemi, had been directed by the state Commissioner of Police, Legal Imohimi, to crack down on criminal hideouts and black spots in the state.

“SP Egbeyemi stated that government would not fold its arms and watch criminals destroying huge investment already expended on infrastructural development across the state.

“He said the Commissioner of Police had warned parents to always monitor their wards particularly during and after the ‘ember months’ as anyone caught engaging in any criminal act such as selling or smoking illicit drugs, r*pe, robbery, cultism or any other nefarious activities would be prosecuted in accordance with the Lagos State Environmental Sanitation Law.

“The chairman enjoined criminal elements to turn a new leaf and get themselves meaningfully engaged in vocational skills such as tailoring, carpentry, shoe-making and bead-making at any of the government established vocational centres in the state.”