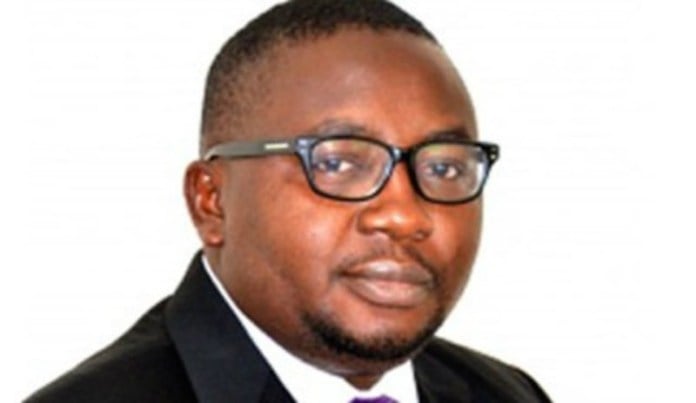 It is no longer news that the former Cbn Deputy Governor (Bayo Adelabu) was replaced with Aishah Ahmad as a result of the ghastly motor accident Mr Bayo Adelabu got involved in which nearly claimed his life.

The story of the accident first surfaced on an Ibadan based online news medium, PMParrot, which said that on Thursday that the accident happened on October 5, 2017, while the CBN Deputy Governor was on his way to Lagos to catch a flight to Abuja.

Adelabu is being touted as being interested in contesting the 2019 governorship election in Oyo State. Although he had yet to associate himself with any political party or declare his intention publicly, some are already speculating that he is the preferred candidate of Governor Abiola Ajimobi as his successor because of their closeness and the financial facility that Adelabu has attracted to the state from the CBN.

A source close to the Adelabu family also confirmed the accident to our correspondent, saying that it occurred around 6pm at a spot close to Redeemed Christian Church of God on Lagos-Ibadan Expressway.

According to the source, Adelabu was travelling in a convoy of a few vehicles when a vehicle suddenly collided with the Sports Utility Vehicle that was conveying Adelabu to Lagos.

He said, “It was such a sudden collision. We did not see it coming and the impact caused the Deputy Governor’s jeep to somersault severally. The car skidded off the main road before the somersaulted. If you see the vehicle after the accident, all the airbags came were triggered. God saved him from the accident. He was taken to Abuja to be treated before he came back home to rest more. He prefers not to make a noise about it.”

See photos of the bashed car below: 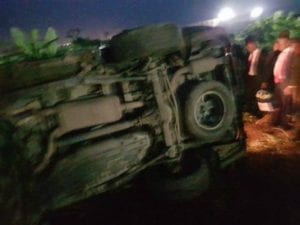 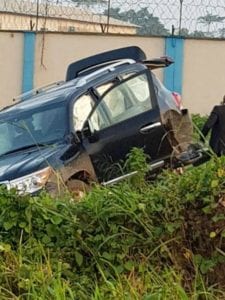 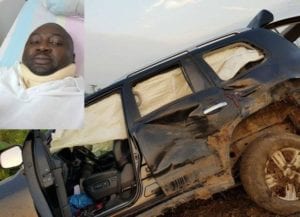