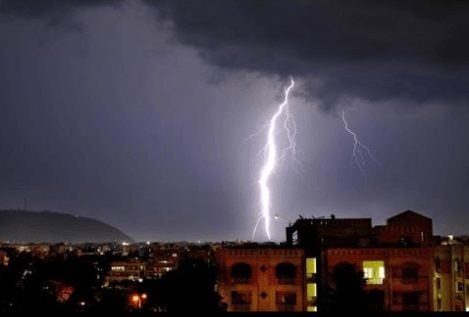 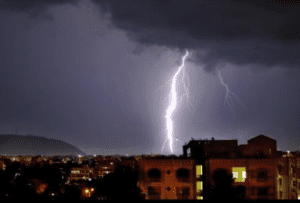 Two people reportedly died when they were struck by lightning in Pogo Community, Paikoro Local Government Area of Niger State on Friday evening while another individual was reportedly injured in the same incident.

Twenty-five year-old Aliyu Salihu and a 13-year-old student of an islamic school whose name was simply given as Abbas died instantly when thunder struck during a light rain shower at about 8pm, while one Abdullahi sustained injuries (and turned to a a speed star).

Aliyu’s father, Malam Salihu Makeri, who confirmed his son’s death said that the victims were harvesting mangoes when lightning suddenly enveloped the community with the accompanying thunder.

“It was like electric sparks, followed by a heavy thunderstorm which shook the entire community. People were screaming in front of my house and when I rushed out, I saw three figures lying under the mangoe tree,” he explained.

He said Aliyu and Abbas died instantly, while Abdullahi sustained injuries. Makeri pointed at the spot where the victims reportedly met their death when our correspondent visited the community. He described the death of Aliyu, his eldest child, as “devastating,” adding that the family had been encouraging him to get married, but he hadn’t as at the time of his death.