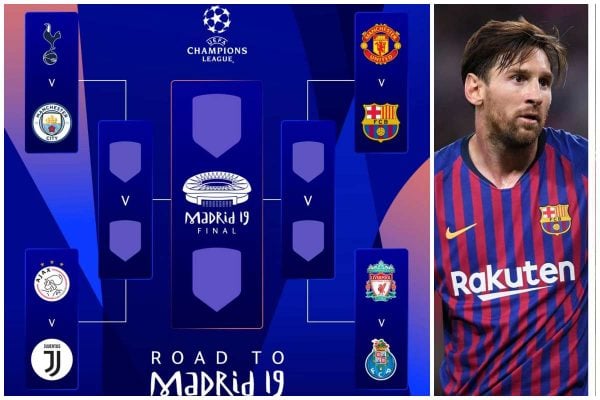 Here is the 2018/19 UEFA Champions League semi finals fixtures, as the Road to Madrid has already been decided.

In a competition rife with shocks so far, 79 teams have been whittled down to eight and, for the first time since 2013, the reigning champions are not among them.

Real Madrid were stunned by a sumptuous Ajax fightback, kicking off a string of upsets which also saw Manchester United eliminating Paris Saint-Germain, Porto knocking out Roma and Juventus and Cristiano Ronaldo wiping out Atletico Madrid.

Tottenham held off Borussia Dortmund to reach the last eight for the first time in eight years, Liverpool brushed aside Bayern in Munich, Barcelona made quick work of Lyon and Manchester City put 10 past Schalke over two legs.

For the quarter final, you can check the draw below; 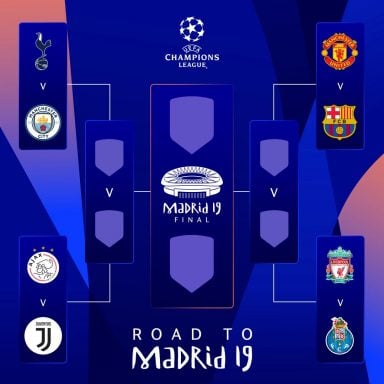