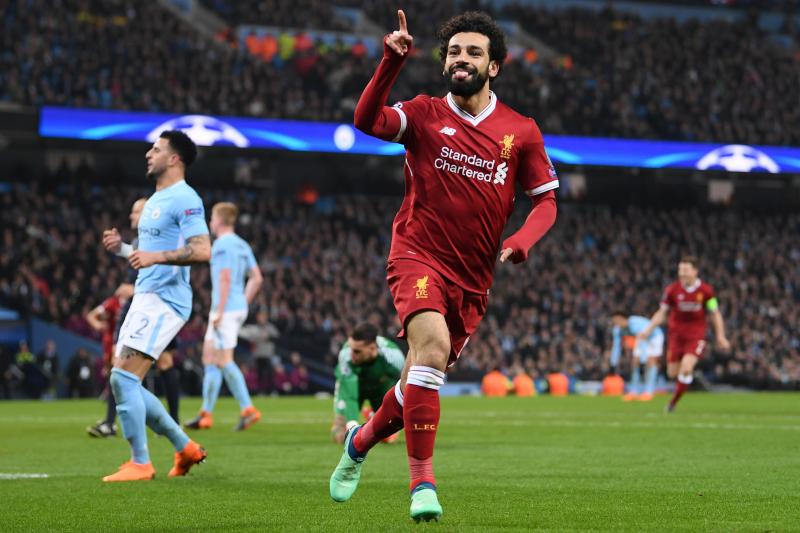 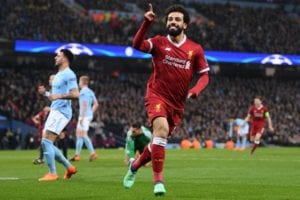 If the 2018 Ballon d’Or was awarded tomorrow, who would win it?

With the first quarter of the year firmly in the books, it’s time to take an initial look at who the front-runners for the most prestigious individual award in football are.

Just like last year, we’ll run three instalments, updating as the calendar year progresses, charting players’ likelihood of winning the trophy. As the months go by, the picture will become clearer, with the second instalment—the post-World Cup edition—being where answers truly start to reveal themselves.

Over the years, the formula for winning the Ballon d’Or has been ironed out, revealing three key tenets: performance, execution and reputation.

The first two are linked; you have to play consistently well, and you have to shine when the big stage comes calling. The most important games in the calendar—Champions League knockouts, World Cup contests—should be your stomping ground. The latter point is more of a qualifier; you need to be a big name to be considered.

All 15 of the players we have selected fulfil each of the three criteria but to what degree? That forms the basis of the ranking.

*In ranking the names, we have taken into account solely what has happened from January to now. The Ballon d’Or is a calendar-year award, so whatever happened in 2017 is irrelevant. That’s good news for Cristiano Ronaldo, but bad news for Paul Pogba.

It was something of a surprise that Giorgio Chiellini did not receive a 2017 Ballon d’Or nomination—particularly since his central-defensive partner Leonardo Bonucci did. Perhaps that situation will reverse this year?

Chiellini has put in two massive performances in big European games this year (Tottenham Hotspur away, Real Madrid away) and Juventus have conceded just one goal in Serie A with him on the pitch.

There’s a reason a slew of top clubs are after Alisson. ESPN FC reported both Liverpool and Real Madrid hold an interest, with his stellar performances this season turning heads for all the right reasons.

He has almost single-handedly kept the likes of Shakhtar Donetsk and Napoli at bay this year, earning AS Roma points and progression in several competitions; his reflexes and one-on-one ability stand almost unmatched by others.

Without Sergio Ramos, Real Madrid collapse defensively. That much became evident as the team toiled against Juventus in his absence last week, conceding three and nearly exiting the Champions League.

He’s an aggressive, risky defender who isn’t everyone’s favourite, but you can’t deny he has a habit of pulling out big performances on the big stage. He was brilliant against Paris Saint-Germain and superb in the first leg against Juventus.

Marcelo seems to be the footballing equivalent of the tulip flower: once spring rolls round he blooms and finds his groove, and 2017-18 has been no different.

The marauding left-back has put in some outrageous performances already this year, motoring forward and helping Real Madrid attack, and he scored against both PSG and Juventus.

It’s another Manchester City midfielder who has taken the lion’s share of plaudits this season, but David Silva deserves tremendous recognition for his performance levels.

To dictate and destroy as he has done on such a consistent basis is remarkable, and in doing so while battling difficult personal circumstances, the world’s hearts have opened up to him.

Since being paired with Diego Costa in January, Antoine Griezmann has reached new levels. He’s still the same silky-smooth forward and larger-than-life character but with added bite and efficiency in the final third.

anomaly in the context of this list given he’s no longer involved in the Champions League, but he’s netting consistently in La Liga and has helped Atletico Madrid to a Europa League semi-final.

He lacks the tournament pedigree to really trouble the top order here, but he’s arguably performing better than ever and has the star power to ensure that’s acknowledged.

TF-Images/Getty Images
James Rodriguez has been a godsend for Bayern Munich. Since Jupp Heynckes took over as manager in October, the Colombia international has been put front and centre in Die Roten’s midfield and responded with some awe-inspiring performances.

This calendar year he’s totalled four goals and nine assists, many of which have been at crucial moments, and it’s become clear Bayern are more at ease on the pitch when he’s playing.

The team improved immeasurably against Sevilla in the Champions League quarter-final first leg when he came on for Arturo Vidal—not long later, they also had two away goals under their belts.
8. Robert Lewandowski, Bayern Munich
4 OF 11

Boris Streubel/Getty Images
Bayern Munich have a legitimate shot of winning the Champions League this year, and one of the major reasons why is the presence of Robert Lewandowski.

In a semi-final group made up of flawed defences, an elite striker such as the Poland international can make the difference. He’s already shown what he can do this year in destroying Besiktas and Borussia Dortmund’s back line. Real Madrid will be feeling very wary, as will the team they meet in the final should they get there.

With 17 goals to his name this calendar year despite being rotated for freshness, he’s right in the middle of the Ballon d’Or conversation.
7. Edin Dzeko, AS Roma
5 OF 11

If the brief to win the Ballon d’Or is about creating special moments on the big stage, few have a better claim to it right now than Edin Dzeko.

He produced a stunning pass to set up Roma’s vital away goal against Shakhtar Donetsk in Ukraine, and he then scored the only one in the return leg to seal progression.

A few weeks later, he bagged an away goal in Barcelona, creating the sliver of hope the team built on to produce a truly great comeback in the second leg—and he scored in that game, too.

Dzeko is not one of the immediate names you think of when discussing 2018’s most impactful, pivotal performers, but he deserves his spot on the list.

IAN KINGTON/Getty Images
Kevin De Bruyne has had a majestic season, helping Manchester City to a dominant Premier League title victory, and he is now recognised as one of the best players in the world.

So why is he only sixth here?

The Belgium international is held back in these stakes by his slightly disappointing performances in the Champions League quarter-finals.

He didn’t play as we know he can—partly due to Liverpool’s excellent defensive performance—and won’t get to contest a semi-final, a stage where claims for the Ballon d’Or are truly made.

Robbie Jay Barratt – AMA/Getty Images
Sadio Mane has had a season of two halves; fortunately for him, the strong side has fallen in this calendar year, meaning he’s gaining credit in the Ballon d’Or stakes.

Philippe Coutinho’s exit in January led to his role being tweaked a little, and that has brought him back to life. Ten goals since the turn of the year indicates he’s happy, including a brilliant hat-trick against FC Porto in the Champions League.

He’s a crucial part of Liverpool’s vaunted front three and scored to help his side into the Champions League semi-finals. He is on a roll of consistency that few in the world are matching.

LINDSEY PARNABY/Getty Images
Roberto Firmino is having an amazing season, taking the lead role in one of Europe’s high-power attacks and setting the tone for a number of dominant team performances.

His nine goals and five assists in 2018 prove he’s pulling his weight among a talented group of players, and the fact he works ferociously hard is an added asset manager Jurgen Klopp takes advantage of.

The Brazil international’s highlight performances have come against Manchester City in the Champions League semi-finals, in which he helped destroy Pep Guardiola’s men on the counter. His goal also stemmed any faint hopes of a second-leg comeback.

There’s no real argument in favour of Firmino actually winning the Ballon d’Or this year, but on the small sample of football we have to go on, he’s the best of the rest.
3. Lionel Messi, Barcelona
9 OF 11

LLUIS GENE/Getty Images
It’s far from over yet—there’s a World Cup campaign with Argentina to come—but as things stand, Lionel Messi is outside the reckoning for the 2018 Ballon d’Or.

Barcelona’s Champions League exit at the hands of Roma really hurts his chances of winning the award; he’s now been robbed of the chance to perform miracles on the sport’s biggest stage between now and the summer. He’ll have to watch as Mohamed Salah and Cristiano Ronaldo do so instead.

You can’t take away the fact Messi has been an overwhelming factor in Barcelona’s record-breaking La Liga run this year, nor the fact he’s getting one, if not two, pieces of silverware this season.

He has settled numerous games on his own, scored hat-tricks and sent devastating free-kicks into the top corner, but he falls just shy of the Ballon d’Or at the moment.
2. Mohamed Salah, Liverpool
10 OF 11

Clive Brunskill/Getty Images
It’s almost an alien concept to consider anyone other than Messi or Ronaldo for the Ballon d’Or these days, but the reality we face is that the duopoly could be broken.

It takes a special player and a special run of form to keep up with the big two’s goalscoring exploits, but Mohamed Salah has managed just that this year, netting 17 (and assisting five) for Liverpool.

He has also been eerily consistent, netting in 14 of the 16 games he’s played in 2018; only Manchester United and Swansea City, who defended for their lives against the Reds, have managed to keep him out.

Netting in both legs against Manchester City in the Champions League quarter-finals boosts the Egypt international’s stock considerably. If he leads Liverpool to victory in that competition or makes a splash at the World Cup, he’s a legitimate potential winner of this year’s Ballon d’Or.
1. Cristiano Ronaldo, Real Madrid
11 OF

His performance levels since the turn of the year have been exceptional; in 16 games in 2018, he has scored 25 and assisted five for Los Blancos.

And with the way the Ballon d’Or is judged, the Portugal international’s poor first half of the season isn’t under consideration.

He has always tended to peak once the Champions League latter stages roll round, but this year has felt particularly ridiculous.

Three goals and an assist against PSG helped dispense with the Ligue 1 side in the last 16. He replicated those tallies against Juventus in the following round, producing two spectacular moments—an overhead kick that stopped the world in its tracks in the first leg and a ludicrously composed penalty in the 97th minute of the return game to break Italian hearts.

What Ronaldo has done in 2018 has put him in pole position to retain his trophy, and it’s not particularly close. But the Champions League semi-finals and final, in addition to the World Cup, will further shape this conversation and offer others the chance to catch him—or give him the chance to pull away.

What happens in May, June and July might well be more important than what’s happened so far.

All statistics via WhoScored.com