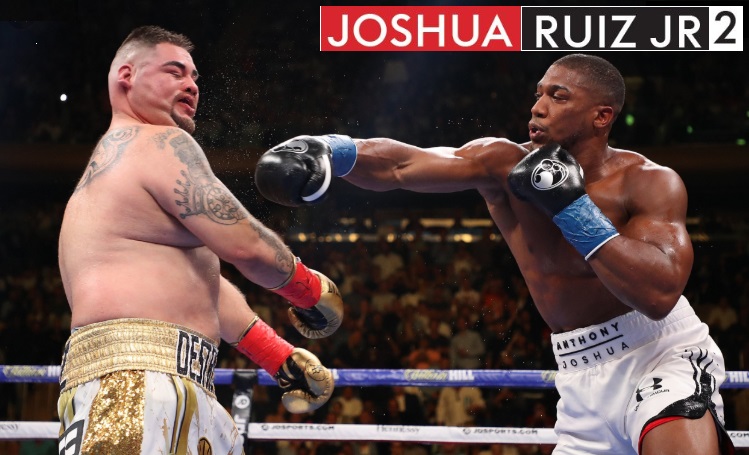 Following the Mexican-American’s stunning upset on June 1 in New York, the Brit activated an immediate rematch clause and boxed beautifully from start to finish in a masterclass performance to win back his WBA, IBF & WBO belts.

The fight began with the champion instantly claiming centre-ring.

Ruiz Jr fired off multiple jabs to the body in the opening minutes while AJ hit back with jabs of his own and a big right hand which cut his opponent straight away.

Blood instantly started to pour from the left eye of the ‘Destroyer’, though AJ refused to rush in and get reckless, as he did on June 1.

At the start of the second, Ruiz Jr came forward and started to jab Joshua, but the Brit fired back well. 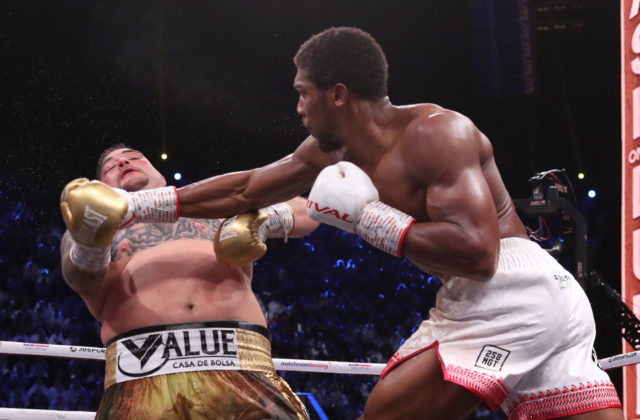 The pair then got in close and clinched, where their heads crashed into one another, leaving Joshua with a matching cut over his left eye.

In the third, the champion returned to his jabs to the body and pursued his challenger up close, but AJ remained disciplined jabbing back on the outside and avoiding his opponent’s hooks.

Joshua tied up Ruiz Jr on the inside in the fourth and then rocked his head back with more jabs from distance.

The Mexican-American continued to creep closer and closer and landed a solid right hand at the end of the round.

This shook AJ slightly, but not enough to hurt him and the following session was far quieter, highlighted by one single right hand from the former champion. 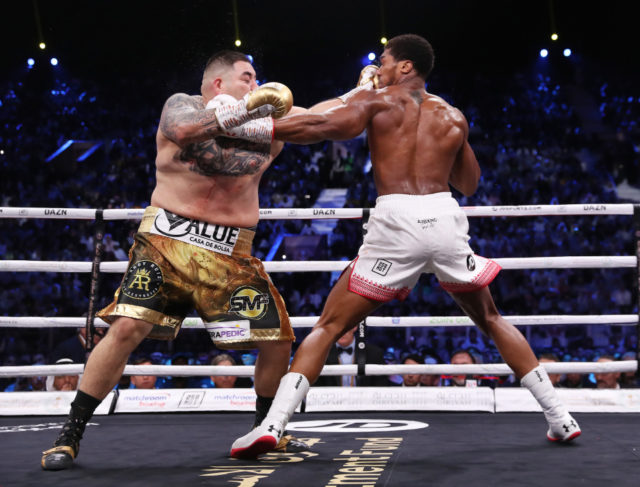 AJ kept Ruiz Jr at bay with the jab

The sixth began with more action as Ruiz Jr landed a speedy left hook and Joshua again fired back with the straight right, later smashing home a left hook of his own.

Ruiz Jr focussed on body shots once again in the seventh – the round in which their first bout finished – but AJ again took control and pummelled the champion with three more notable right hands.

In the eighth, the ‘Destroyer’ suddenly seized control. Initially with body shots and then hooks to the head, but Joshua again refused to engage and avoided serious trouble despite being caught with multiple lefts which knocked him backwards.

AJ boxed beautifully throughout the ninth and put together a combination towards the end of the round which shook Ruiz Jr.

With three rounds to go, the titles looked to be headed back to Great Britain.

Knowing this, Ruiz Jr started the tenth on the front foot, but couldn’t help walking onto the disciplined Joshua’s jabs throughout the session.

The same theme continued throughout the following three minutes and the champion entered the final round knowing he needed a knockout to retain his titles.

However, he was unable to find it, as the nimble Joshua boxed at range to avoid disaster once again.

Joshua said post-fight: “Man the first time was so nice, I had to do it twice.

“A man like me don’t make no excuses, this is about boxing. Last time I realised I hurt the man and got caught coming in.

“I said to myself I’m gonna correct myself and come again.

“I just wanted to put on a great boxing masterclass and also show the sweet science of this lovely sport. It’s about hitting and not getting hit.

“Never a change in mentality, you know the saying. Stay hungry, stay humble.

“It’s all about preparation. Careers are all about experience. it’s just about creating great memories.

“It was his night man. I didn’t prepare how I should’ve and I gained too much weight

“If we do the third, best believe I’m gonna get in the f***ing best shape of my life.”