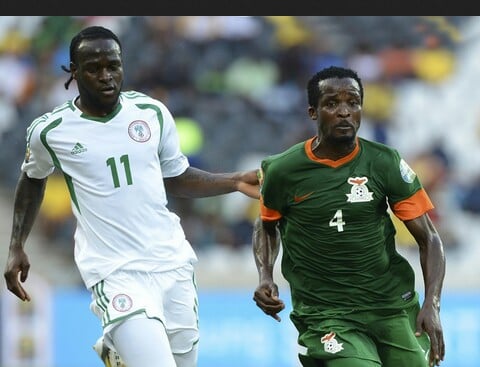 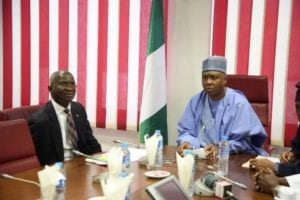 The Nigeria Football Federation, NFF, made the disclosure in a statement by Ademola Olajire, its spokesman, saying it learnt on Friday morning that Mr. Fashola would fly into Akwa Ibom on Saturday.

He noted that Mr. Fashola, a former governor of Lagos State, frequently hosted the grand finale of the Federation Cup (now AITEO Cup) competition and was a notable football enthusiast.

The NFF spokesman said that top officials had also confirmed that the President of the Senate, Bukola Saraki, and Minister of Youth and Sports, Solomon Dalung would be in attendance.

“The Chairmen of the Senate and House of Representatives Committees on Sports, Sen. Obinna Ogba and Rep. Goni Bukar Lawan will also be guests at the Godswill Akpabio Stadium.

“The host, Governor Udom Emmanuel and members of the Akwa Ibom Cabinet, NOC President Habu Gumel and Members of the NFF Executive Committee and Management will also be present,’’ he said.

The News Agency of Nigeria reports that Nigeria is three points ahead of second-placed Zambia going into the penultimate day of the African qualifiers.

The Super Eagles require only the minimum win against the Chipolopolo on Saturday to join 10 other nations that have already qualified for the 32-team football showpiece in Russia in 2018.

Zambia Coach Said His Players Will Inflict Pains On Nigeria

Zambia vs Nigeria: Zambians refuse to stay in same hotel with Super Eagles…