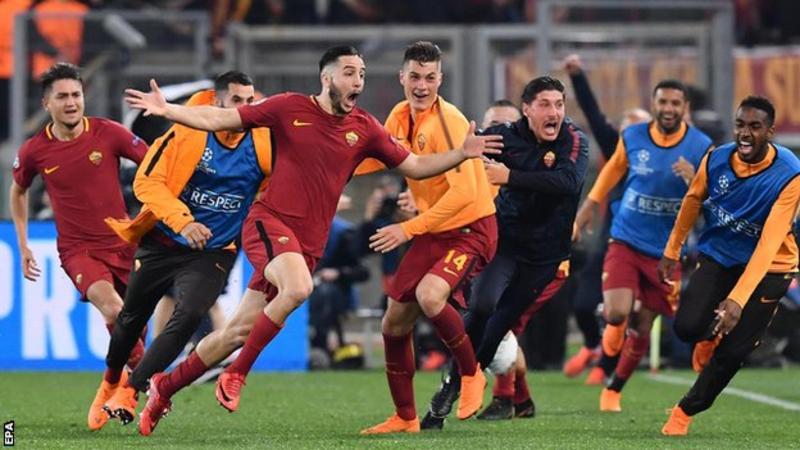 Barcelona meets their water loo as Roma beats Barca 3-0 and climb their way to the semi-final of the UEFA game.

Barcelona looked like the Semi-final’s favourite after defeating Roma in the first leg by netting four goals to one. But Roma had luck on their side as Defender Kostas Manolas, scored the crucial goal that sealed the game in the remaining seven minutes.

The crowd at the Stadio Olimpico erupted at the final whistle as the Roma substitutes and coaching staff piled on to the pitch to celebrate with the players.

There were tears in the stands from those watching, not quite believing what they had witnessed.

Watch the Highlights below:

Tell us who your man of the match was