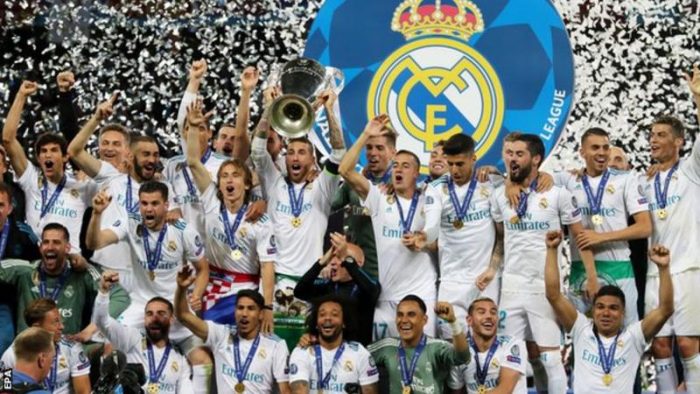 Real Madrid might have won a 13th European Cup but they have been overtaken by rivals and La Liga victors Barcelona as the continent’s top club, according to new data.

In a European club ranking list compiled by sports data company Gracenote, Liverpool – who were beaten by Real in Saturday’s Champions League final – move up eight places to 11th.

The rankings are produced from results over the past four seasons, but the most recent campaign carries a weight of about two-thirds.

Chelsea dropped five places to 12 after the defence of their Premier League title ended with them finishing fifth, although they did win the FA Cup.

Arsenal were sixth in the Premier League and dropped from 11th to 15th – sandwiched between Sevilla and Shakhtar Donetsk.

Huddersfield Town were the biggest movers after achieving top-flight safety as they moved up from 232nd to 171st, while Burnley, who will be playing in next season’s Europa League after finishing seventh, rose from 116th to 68th.

The biggest decline came from Stoke City as their relegation to the Championship saw them go from 83rd to 115th.