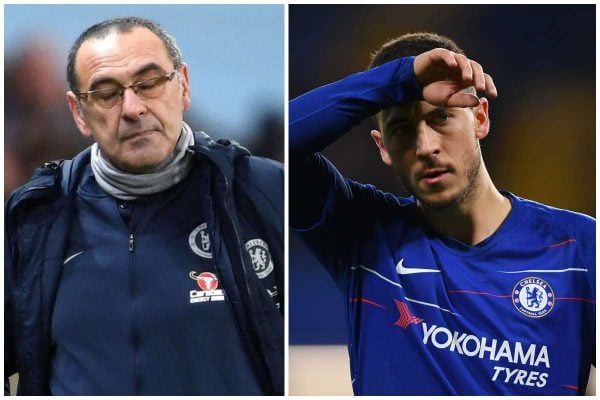 Chelsea has been hit with a transfer ban by FIFA, as the English club is banned from signing new players for next two transfer windows.

FIFA banned Chelsea from signing new players after breaching rules relating to the registration of players under 18.

The English Football association has also been hit with a fine and given six months to improve practices surrounding the acquisition of minors.

The ban relates to cases involving 29 young players, with the Blues having been accused of committing “several other infringements relating to registration requirements for players”.

“The FIFA Disciplinary Committee has sanctioned the English club Chelsea FC and The Football Association for breaches relating to the international transfer and registration of players under the age of 18.

“Chelsea was found to have breached art. 19 of the Regulations in the case of twenty-nine (29) minor players and to have committed several other infringements relating to registration requirements for players. The club also breached art. 18bis of the Regulations in connection with two agreements it concluded concerning minors and which allowed it to influence other clubs in transfer-related matters.

“The Disciplinary Committee sanctioned Chelsea with a ban on registering new players at both national and international level for the next two (2) complete and consecutive registration periods. This ban applies to the club as a whole – with the exception of the women’s and futsal teams – and does not prevent the release of players.

“Additionally, the club was fined CHF 600,000 and given a period of 90 days to regularise the situation of the minor players concerned.”

The signing of Christian Pulisic – who will link up with his new team at the end of the season – will go some way to easing the Blues’ concerns, but with Eden Hazard’s future up in the air the news will be far from welcome at Stamford Bridge.

Chelsea have since announced their decision to appeal the ban but, if they are unsuccessful, they will likely have to turn to their large pool of loanees and youth products – players Maurizio Sarri has so far been unable to put to good use.

Related Topics:Chelsea FC
Up Next