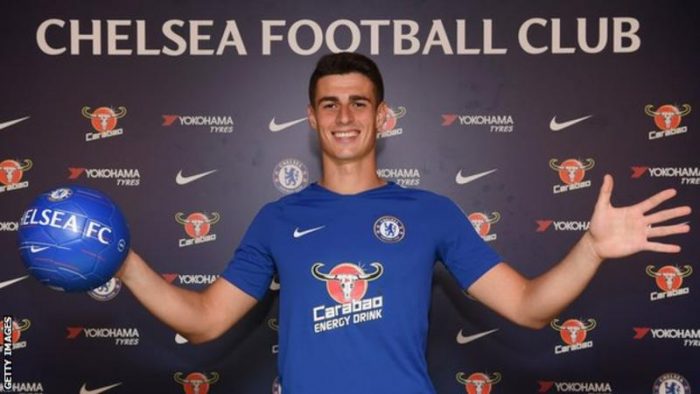 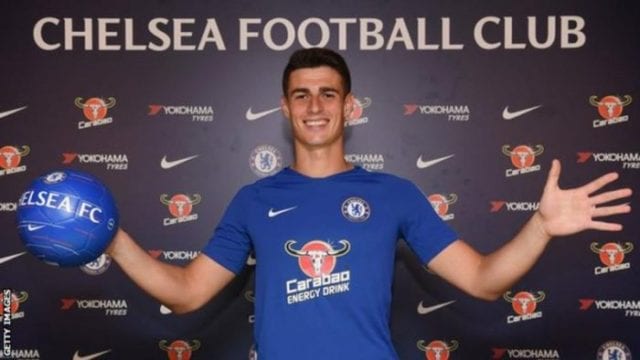 Chelsea have signed Kepa Arrizabalaga from Athletic Bilbao for £71m – the highest fee ever paid for a goalkeeper, and a club record transfer.

Kepa, 23, arrives at Stamford Bridge after a release clause in his contract was met, with the deal surpassing Alisson’s £66.8m move to Liverpool.

He has signed a seven-year contract at the club and replaces Thibaut Courtois, who is set to join Real Madrid.

He has spent the past two seasons in Athletic’s first team, making 53 La Liga appearances, and has one international cap.

The fee Chelsea have paid surpasses the £60m they spent on Spanish striker Alvaro Morata in July 2017.

“So many things attracted me to the club – all the titles the club has won, the other players, the city, the English Premier League,” Kepa said.

CLICK HERE TO JOIN OUR EVER ACTIVE WHATSAPP GROUP
Related Topics:Athletic BilbaoChelsea FCFeaturedKepa Arrizabalaga
Up Next